Tour Kick Off: Lady of the Manor by @aqheflin 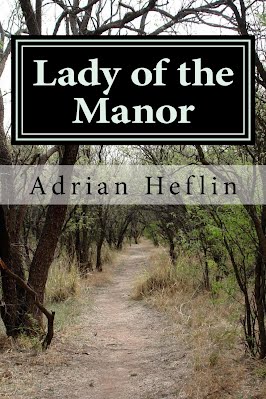 Lady of the Manor is an epic tale of misery for Richard Creek. It is the story of how his mother, Rosemary, makes life miserable for him, his family, and many citizens of Savannah. The novel takes places during the summer of 1958 in a beautiful mansion. Secrets begin to unravel for the Creek family as they continue a summer filled with rape, murder, and indiscretions. Someone must prohibit the Lady of the Manor from her continuous oppression.  But, does anyone have the courage to try?

The one woman who was supposed to love him was the one person who tried to destroy him. Richard Creek finally took a stand against his abusive mother, Rosemary, in the fall of 1929, leading to nearly three decades of her merciless tyranny. He has to decide how to protect his children from the omnipotent hand of the Lady of the Manor while they dwell beneath the same roof. Tensions overflow in this atypical home in Savannah, Georgia during the blazing summer of 1958.

71-year old Rosemary (Rosey) Isabella Creek is the cruel and ruthless matriarch of Creek Manor who carries out her malevolent deeds with the help of her loyal butler, Rayford Caruthers, whom she continually degrades for being an albino black man with atrocious English. Her only friend is Pop Barnes, who along with Rosemary’s brother, are the only ones who seem to remember a softer, lovelier ‘Rosey’. She lords over her only son, Richard, a 43-year old banker; his wife, 42-year old Helen; and their five children: the twins; Hilary and Taylor, along with Kimberly, Reginald, and Brock.

The patience of everyone is tested with each of Rosemary’s taunts as they try to understand the nature and reason of her cruelty. As more details of her past are revealed, it only further complicates their comprehension. Will she ever transform into a woman that they can love?