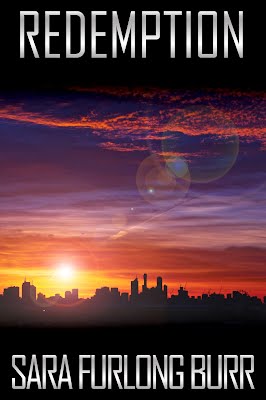 Ten years ago, her family was murdered.

One year ago, she left her life behind for a chance to avenge their deaths.

Twenty-four hours ago, her defiance sealed her fate.

With her suspicions mounting and her loyalty to The Epicenter tested, Celaine Stevens makes the decision to fight for a cause she believes in and aligns herself with the rebellion. Joined by Ian Grant, the pair escape from The Epicenter and travel to the Capitol, where they find Marshall Leitner and his followers. While inside the rebellion, Celaine and Ian learn that the rebels are planning a final uprising against President Brooks, one in which they hope will sway the rest of the country’s opinion in their favor.

However, loyalties are soon tested. The rebels are finding it hard to trust them, so when a bounty is issued on Celaine and Ian by President Brooks, it may be too good for some of them to resist.

As the nation goes to war, Celaine finds herself in the fight of her life. Vendettas will become personal, lives will be lost, and the world will never be the same again.

Of course. Writing requires hard work, dedication, and discipline in order to be successful, just like any other career. My goal is to make it my full-time career one day.

For me, the hardest part of the writing process is just getting started.  Beginning a book is a daunting task and can seem overwhelming at times.  But I find that once you get going and get into a rhythm, it just flows out.

I don’t think there is just one person, but more like several people.  Between family, friends, and other writers I met on Twitter, through blogging, and on Facebook, I never run out of people willing to give me advice.

I’ve decided to take a detour from writing dystopian fiction to trying my hand at a contemporary romance that has been in my head for a while, which I hope to have available by the end of the year.

I think every writer has a somewhat mild addiction to reading.  For me, my “To Read” pile is insanely high.  Right now, I have the Hooded Man and Outlander at the top of my traditionally published books, along with a ton of indie books.

DESCRIBE Your Book in 1 Tweet: Every choice she made, every sacrifice she endured has led her to this moment.

I can’t go anywhere without my iPod.  I’m seriously going to be buried with that thing.

It’s criminal to make someone choose between the two, but I guess if you’re going to twist my arm, bring on the chocolate.

It depends on my mood.  Right now, a good comedy would hit the spot.

I’ve never read anything by Danielle Steel, so I’m going to have to go with Nicholas Sparks by default.

I usually live in a fantasy world.

Definitely text.  I talk on the phone as a part of my job, so it’s pretty much the last thing I want to do when I’m not at work.

Coffee in the morning. Hot chocolate any other time of the day.

Oh, that’s a hard one. I like how portable e-books are and the fact that you can take several of them with you, but there’s just something about good ole’ paperbacks. So, I guess it’s a tie. ;-) 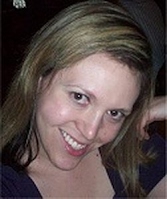 Sara "Furlong" Burr was born and raised in Michigan and currently still lives there with her husband, two daughters, a high-strung Lab, and three judgmental cats. When she's not writing, Sara enjoys reading, camping, spending time with her family, and attempting to paint while consuming more amaretto sours than she cares to admit.
You can learn more about Sara at http://sarafurlongburr.blogspot.com, follow her on Twitter via @Sarafurlong, and read more of her ramblings via Facebook at https://www.facebook.com/EnigmaBlackKindle.