Tour Kick Off: Whipped Up by @GlennStuart 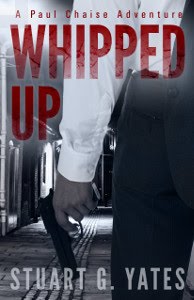 Paul Chaise is a former operative in the SBS – the Special Boat Service – but has been ‘retired’ for over ten years, living a quiet life in Spain, following a career as an estate agent, selling villas to the ex-pats seeking a new life in a new country. Everything is going very well until he inadvertently gives a hitchhiker a ride and his life begins to spiral out of control. This is the premise for the first book ‘Burnt Offerings’. At the end of the book, with his girlfriend fleeing to the UK, and his former employers incensed that he has emerged from his ‘cover’, he too is summoned to return.

‘Whipped Up’ sees Chaise trying his level best, but his old ‘employers’ have him followed and then he becomes involved with the problems of a customer who is being harassed by some particularly nasty Eastern European types who want to take over the running of this man’s houses. It all spirals out of control when this man is murdered and his wife tortured, her mutilated body left in Chaise’s flat as a warning to back off. Naturally, this has the opposite effect and the body count soon begins to mount up as Chaise goes on a one-man crusade to bring these Europeans down.

When the S.I.S in London gets wind of this, they decide to rein Chaise in, and that’s when it becomes really nasty!

A contemporary thriller set in the sordid world of human-trafficking, this second in the series pulls no punches and will appeal to anybody who likes their thrillers violent, fast-moving and with lots of twists.

Readers will enjoy this novel without having need to read the first in the series, as all is explained at the beginning of this volume.

#1 – Do You See Writing as a Career?
Ultimately, yes, given a bit of luck with a good tail wind!

#2 – What was the Hardest Part of Your Writing Process?
To be honest, I don’t really find any aspect ‘hard’. I’m not so excited about re-drafting, as the creative aspect is over, but other than that I enjoy it all.

#3 – Did you have any One Person Who Helped You Out with Your Writing Outside of Your Family?
I can honestly say nobody has ever helped me with my writing, aprt from the advice and encouragement given to me from various editors. There was someone who believed in me, a long time ago, and I’d like to think that one day they might read a book of mine.

#4 – What is next for your writing?
The next book!

#5 – Do you have an addiction to reading as well as writing? If so, what are you currently reading?
I’m not such an avid reader, although I do enjoy reading and do so every day, especially when I am researching for a new book. Currently I’m about to finish Wolf Hall by Hilary Mantel, which is awesome.

DESCRIBE Your Book in 1 Tweet:
A return to the is a return to his old ways. Chaise is up against it and knows only one way to respond. 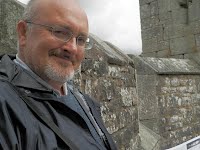 Born on the Wirral, in the United Kingdom, Stuart G. Yates went to school, but he may as well have not done so. Until he was sixteen he lounged around and did his utmost to make the lives of teachers hell. After school, he went from one dead-end job to the next, traveled around, met some great people, but had no idea where life was taking him, until one sunny afternoon in his local park, he sat and watched a group of teachers leading their children in a sports’ day. At once, he knew he’d found his vocation. So he went back to school, got educated and ended up in University studying to be a teacher. And all through it, from his days back in secondary school, to the moment he qualified as a teacher, he wrote. Stories, books, novels. And despite being a teacher of 22 years standing, he still writes. Since 2009, sixteen of his books have been published. He concentrates on historical fiction and contemporary thrillers. Whipped Up is the second in his Paul Chaise series, and he is working on the third whilst, in the meantime, drafting out numerous stand-alones. He is forever writing, which has to be a good thing. It keeps his feet firmly planted where they have always wanted to be – in the land of make-believe!