Tour Kick Off: Blessed Are Those Who Mourn by @kristibelcamino #giveaway 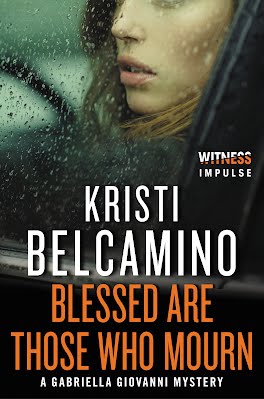 San Francisco Bay Area reporter Gabriella Giovanni has finally got it all together: a devoted and loving boyfriend, Detective Sean Donovan; a beautiful little girl with him; and her dream job as the cops' reporter for the Bay Herald. But her success has been hard-won and has left her with debilitating paranoia. When a string of young co-eds starts to show up dead with suspicious Biblical verses left on their bodies—the same verses that the man she suspects kidnapped and murdered her sister twenty years ago had sent to her—she begins to question if the killer is trying to send her a message.
It is not until evil strikes Gabriella's own family that her worst fears are confirmed. As the clock begins to tick, every passing hour means the difference between life and death to those Gabriella loves...

Kristi Belcamino is a writer, photographer, and artist. In her former life as a newspaper crime reporter in California, she flew over Big Sur in an FA-18 jet with the Blue Angels, raced a Dodge Viper at Laguna Seca, watched autopsies, and interviewed serial killers. She is now a journalist based in Minneapolis and the Gabriella Giovanni mysteries are her first books. Find Kristi on Facebook www.facebook.com/kristibelcaminowriter or on Twitter @KristiBelcamino