Tour Kick Off: The Cypress Trap by JC Gatlin 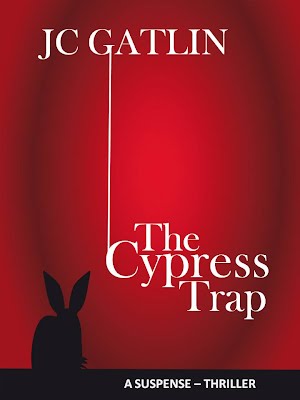 When Rayanne commandeers her husband’s weekend fishing trip, she knows it’ll take work to adjust Owen’s attitude. She has no choice. Since the tragedy, they lost so much. They need to reconnect.

Without her knowledge, Owen texts his best buddy, Daryl, to join the getaway. The three of them aren’t alone in the backwoods of Georgia, though.

Owen took something that didn’t belong to him. Something that changed their lives. And now the owner wants it back. By any means -- including a posse led by a killer dog.

At first, Rayanne is clueless about the item and its value. One thing becomes crystal clear: If it’s not returned, they might not make it home alive.

Coming from a large family with five brothers, JC Gatlin grew up in Grapevine, Texas, a small town outside of Dallas. In 1999 he moved to Tampa, Florida, where he now resides. JC’s fishing trips help him breathe authenticity into his stories, which feature the rich landscapes of Texas and Florida as backdrops.
He has written a monthly column in New Tampa Style magazine and penned several mystery-suspense stories. His first, The Designated Survivor, was published in 2013. JC invites you to visit his mystery writing blog at jcgatlin.com.