Tour Kick Off: The Digital Now by Roland Allnach 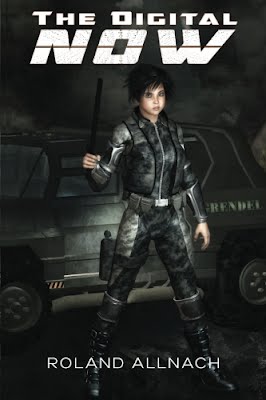 In the dystopian urban grime of The Digital Now, Patrolman Carly Westing is jarred from her rough life to discover her reality is built on lies and veiled secrets. When the authority she once protected turns on her, her life is catapulted into a violent cat and mouse game of shifting perceptions. Will she remain a tool of the forces at work around her, or become their master and change the future? 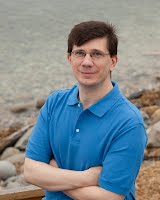 After more than twenty years of hospital night shifts, Roland Allnach has witnessed life from a slightly different angle. He’s been working to develop his writing career, drawing creatively from literary classics, history, and mythology.

His short stories, one of which was nominated for the Pushcart Prize, have appeared in many publications. His first anthology, Remnant, blending science fiction and speculative fiction, saw publication in 2010. In 2012 he followed with Oddities & Entities, a collection spanning the supernatural, paranormal, horror and speculative genres. His third book, Prism, published in 2014, follows a winding road through diverse genres and narrative forms as it explores the human experience. In 2015 he closed out the year with two publications, the sci-fi thriller The Digital Now and the nonfiction author's guide, The Writer's Primer: A Practical Guide for Aspiring Authors Seeking Publication.

Roland’s books have received unanimous critical praise and have been honored with more than a dozen national book awards, including honors from National Indie Excellence, Foreword Reviews, Readers’ Favorite, Feathered Quill Reviews and Pacific Book Review.
When not immersed in his imagination, Roland can be found at his website, rolandallnach.com, along with a wealth of information about his stories and experiences as an author. Writing aside, his joy in life is the time he spends with his family.