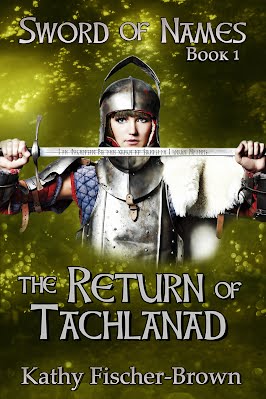 Once upon a time in the beleaguered land of Lothria… A princess under a magical aura, her absent-minded sorcerer grandfather; a conflicted warrior prince; a young ne’er-do-well who finds an unlikely friend while on an impossible quest; an imprisoned queen, her betrayed king, their enchanted son and his beautiful enchantress; half-human man-eating rebel slaves; a band of blood-thirsty assassins…and Tachlanad, the legendary Sword of Names, missing for generations…

When the queen receives an omen, it can mean only one thing: the fate of all she loves hangs in the balance. The land and its people will topple into chaos if a tenuous alliance cannot be preserved. Her husband misled by sinister forces, her son gone missing, she sends her daughter and father on a journey far to the west to reach the impregnable stronghold of “the True King in Hiding.” There they will seal the truce with her marriage to the old king’s unwilling son and unite against the evil power that seeks to subjugate them. Unless the Imperon has his way.

An epic fantasy adventure for young adult and adult readers, The Return of Tachlanad is the first book in the “Sword of Names” series. 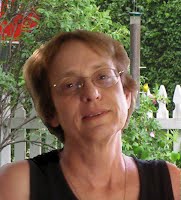 Authors get their ideas in a variety of ways. For me, its mainly from dreams—very cinematic dreams—that stay in my head long after Ive awakened. Mostly these night flicks are nothing more than a collection of cryptic and often unrelated scenes that need to simmer on the back burner while my muse (when shes not vacationing on a sunny beach somewhere) helps to add seasoning and substance to the mix.
Ive always loved history. Way back in junior high, my mind would wander from dates, battles and treaties to musings on what it might have been like to live in another time. Family vacations always included visits to Civil War or Revolutionary War battle sites, tours of colonial houses and restored villages, which, even these many years later, serve as inspiration.
Born in New York City, I live in central Connecticut with a long-time husband, a grown-up daughter and two dogs. We also have a grown-up son and daughter-in-law, who recently presented us with our first grandson. When not writing I enjoy cooking, gardening, photography, reading, music, movies, and long walks with the pups.