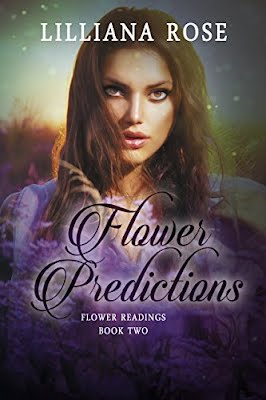 Thinking Triena would be safer without him, Braklen leaves her. Now a wanted criminal, Braklen puts as much distance between him, Triena and the Queens by taking up a job on a smuggling ship. He throws himself into his work to forget about the guilt building inside of him for leaving Triena as well as the love he has for her.

Triena is alone, her rabbit stolen from her, and the Energy is behaving in unexpected ways making it difficult for her to predict the future. Her love for Braklen is strong and she sets out to find him, while trying to keep away from the Queens. With no other option she takes passage with Captain Ri who forces her to use the Energy for his own benefits.

Will she be able to find her beloved rabbit, and Braklen, before the Queens find and destroy her?

Other Books in the Flower Readings Series:

Triena lives on an outback moon earning a living by offering flower readings for customers. Cast out from the Queens, the Energy Readers, Triena wants to return, but the only way to do that is to kill Braklen and use his energy to look into the future.

Braklen, a Peacekeeper with the Queens, arrives at the Triena’s Tea House. He doesn’t realize the danger he is in when he sits down for a flower reading.

Triena sees her chance to kill Braklen by using the potency in flower buds. The Energy guides her hand, and instead, the suppressed feelings toward Braklen surface.

Can she kill the man she loves?

Braklen looked down into the bowl full of gray something that was meant to be food.
“I wouldn’t eat that, man,” said a fellow evening-shift worker sitting opposite Braklen.
Despite the warning, Braklen dunked a spoon into the thick broth. “Can’t be too bad.” He spooned the greasy liquid with gray floating bits into his mouth. He choked.
The other man laughed, slapping his hand down on the metal table. “You’ll get used to it.”
Braklen coughed as the last of the liquid went down. “Tastes like jet fuel.”
“Wouldn’t put it past the cook to put some in. He probably thinks that it’d give us a boost to work harder.”
“How can you eat it?” Braklen’s spoon was poised above the liquid, but he couldn’t bring himself to take another mouthful. This was a long-haul flight and the bowl of slop was the only thing to eat. He’d just finished a twelve-hour shift in the engine room trying to repair the electronics in the backup system that were so worn out and old, it should’ve been thrown out instead. It was the first ship that accepted his qualifications as a mechanical engineer. He’d boarded, wanting to get as far away as possible from Triena.
His heart lurched, skipping beats, then contracting, causing pain to spread out across his chest. He knew he shouldn’t have boarded, or left her unconscious on the ground. But, since the chip had been deactivated, there was no point hanging around. She didn’t really want me there, not really.
The guy shrugged his shoulders, scrapping the last of the broth onto the spoon and delivered it into his mouth. “I’m already pretty thin. I’ll fade away if I don’t eat.”
Braklen laughed. “Hasn’t anyone complained?”
His men put up with a lot when he was in charge but he would’ve had an uprising if they’d ever had this food from the galley. Emptiness clawed at his gut at the reminder he didn’t command a unit of Peacekeepers anymore. Worse, he was now a wanted man.
He’d contemplated taking Triena with him, turning her in to the authorities and begging to be reinstated. But, much as he wanted his life back, that wasn’t an option. It was clear he’d been set up, a pawn for them to use to get to her. She’ll be better off without me. Safer without me. 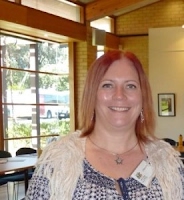 Lilliana Rose enjoys creating worlds for her characters to play in and fall in love. Check out more of her work, www.lillianarose.com