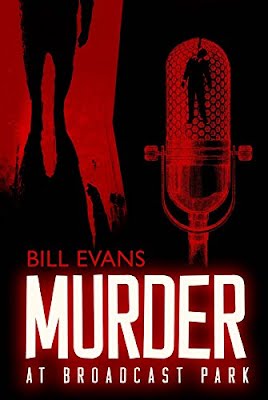 Before this current age of broadcasting acquisitions and mergers, local TV stations were owned by the broadcasters, not investment firms. They lived to tell the stories of their communities. In Murder at Broadcast Park, the CBS station located in the rich resort town of Santa Barbara becomes it’s own story. “We never want to be our own news,” was the mandate from Barry Burke, the station’s news director. Except in this case, people are dying. With three murders, more affairs, but no suspects, investigators peer behind the scenes of the local news. Pull the veil off to find twists, turns, and secrets behind the scenes of this resort TV station and its cast of TV professionals. Nothing is off limits.

Praise for Murder at Broadcast Park:

"Murder, sex scandals and cover-ups. It sounds like a great news day until you find out: you are the news!" --Dana Beards, Political Reporter, Capitol Television News Service

"A serious page-turner for serious 'who done it' fans. Don't read the first page of Murder at Broadcast Park unless you plan to race through every page until the end. Vivid and memorable characters. A twisty plot that keeps you guessing. And all of it in laid back Santa Barbara where murders are not the norm. Right? In his sojourn novel Bill Evans proves himself to be a master story teller. I can't wait for his next one. Hint. Hint." --David Welch, Talk Show Host, WRNR

"I was hooked on the first page and then could not put this book down. Murder at Broadcast House captured me with real characters and a great story. A perfect escape book until I realized how realistic it really was." --Jim Doyle, Founder, Jim Doyle & Associates

"Bill Evans has created a fabulous look "inside a working Newsroom" while at the same time, crafting a "page turning" thriller that will have you glued to every scene. As someone who spent 54 years in Newsrooms from New York, Los Angeles, and Dallas, to Reno, Idaho Falls, and Bozeman, I LOVED IT!" --Ted Dawson, Former Sportscaster KABC-Los Angeles 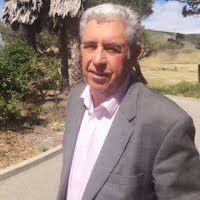 Bill Evans has been VP/GM for television stations in Santa Barbara and Palm Springs for over twenty years. He ran affiliate networks for ABC, CBS, and FOX. Currently residing in Atascadero, California, Evans is an avid golfer and active in community events and charities, including celebrity events from the Frank Sinatra Celebrity Invitational to the Palm Springs Film Festival.