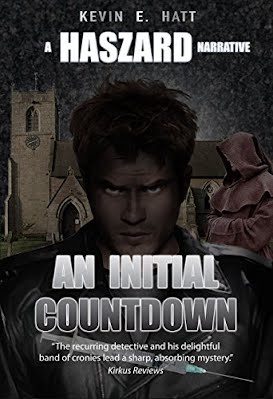 After witnessing what transpired to be the murder of a seemingly innocent man, Haszard be-comes yet more intrigued when he hears of a vicar spontaneously combusting in his own church, locked from within. To add fuel to his intrigue, both men were from the same remote country village.

As Haszard begins looking into the matter, he is bombarded with peculiar tales of people connected to the church, and of strange goings-on. Piecing the facts together, Haszard be-comes convinced that he knows what’s been going on, but there is only one choice of action, which is fraught with danger…

Praise for Author Kevin E. Hatt and his Haszard Narratives:

“The recurring detective and his delightful band of cronies lead a sharp, absorbing mystery.” - Kirkus Reviews

“. . . a fun and exciting mystery with just the right amount of dry British humor and ludicrous sensationalism.” - New Apple Literary

“This is truly a spellbinding, entertaining mystery that will have you reading non-stop until you have reached the end!” - Rabia Tanveer, Readers’ Favorite

“Needless to say, there is never a dull moment in a Haszard Narrative.” - Cheryl E. Rodriguez, Readers’ Favorite

“Suspense and twists will keep the reader on the edge of their seat, unable to tear their eyes from the page.” - K.J. Simmill, Readers’ Favorite 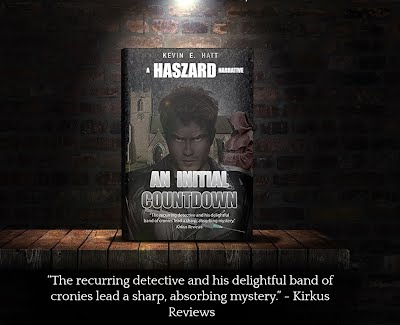 Other Books in A Haszard Narrative Series 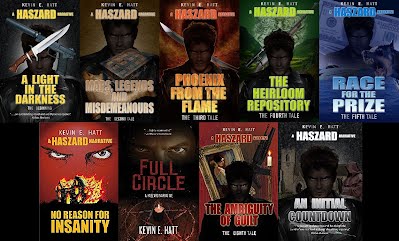 A LIGHT IN THE DARKNESS

Unfortunate in life and unlucky in love, the mysterious Haszard is intrigued by the death of an acquaintance at the local hospital, in which he works. Suspicious about the circumstances, he begins to look into the matter, meeting the woman of his dreams along the way.
After joining forces a local businessman, he speaks to a number of people, discovering irregularities in the life of the murdered woman. As he makes progress, he realises that the key to the matter lies in the dark and murky world of drug dealers, and has to face the possibility that the killer may well be someone he knows . . .

When asked to frame an old map, Haszard discovers that it’s linked to lost valuables from the past. Intrigued, he begins looking into the legend, discovering there to be cryptic clues on the map that must be deciphered. Unfortunately, though, Haszard isn’t the only person interested in the whereabouts of the missing items, and the other contingent resorts to violent tactics, which leads to a chilling climax . . .

PHOENIX FROM THE FLAME

When told by a former colleague that she saw her dead husband walking around a quaint market town, Haszard’s curiosity is engaged. As he begins to look into the matter, he unearths a number of facts that lead him to believe that there’s more to the sighting than merely a dead man walking. Also, there are people who are prepared to kill for something that’s worth a lot of money . . .

Haszard is asked to look for a family’s missing inheritance. Guided by words provided by a medium, he goes about the case with his typical fervour. Side-tracked by other matters, and spooked by a mysterious man in the woods, Haszard soon comes to realise that he isn’t alone in his quest, and persons unknown are not afraid to kill . . .

RACE FOR THE PRIZE

When on holiday with his friends, Haszard sees a girl who went missing a number of weeks previous. Fuelled with his usual determination, he sets about looking into the matter, although all is not as it appears, and it isn’t long before matters become eventful.
Having befriended a local artist, Haszard moves closer to an answer, yet the odds are stacked heavily against him. In order to win through, he must endure his most arduous and perilous challenge yet . . .

NO REASON FOR INSANITY

Intrigued by the bizarre events surrounding the murder of a friend, Haszard is asked by the family to look into the matter. Against the advice of his friends, he begins making enquiries, and is disturbed when he realizes that it may well be someone he knows. As progress is made, further events occur, endangering the life of Haszard and his friends, and he is forced to delve into the deepest recesses of his resourcefulness . . .

When asked to look into the death of a man in a town known for pagan connections, Haszard quickly makes progress, and it isn’t long before matters become dangerous. With little to work with, Haszard makes progress, yet the task is a daunting one, and not everyone he encounters is friendly.

Collating interesting and significant information from various sources along the way, Haszard has to link factors linked with the past, and as he does so, he realizes that in order to save someone from certain death, he is in a race against time.

The Ambiguity of Guilt

Items discovered in the attic of a new house belonging to a friend of Haszard are intriguing to him, and he sets about looking into the family who lived there previously. His efforts, however, are thwarted by the fact that nobody knew them very well, and he soon discovers that they are nowhere to be found. As he progresses, more discoveries point to the possibility that the family members were master criminals who were diverse in their activities, yet Haszard sees things differently. After speaking to a number of people and encountering persons unknown, who are not afraid to use firearms, he feels convinced that he knows where they are, but is uncertain of the reception he will receive . . . 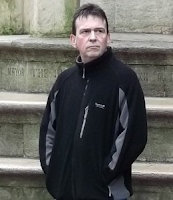 Kevin E. Hatt is a registered anaesthetic and recovery practitioner. He commenced his training in 1984, and rose to the dizzy heights of deputy head. In 2000 he left the medical profession to follow his artistic ideals, but made a complete hash of it and returned to the medical world in 2010.In 2014 he released his first Haszard novel, A Light in the Darkness, which received critical acclaim, and then seven more stand-alone books in the series.He likes cricket, running, fine ales and curry. He has never been to Scunthorpe. Or Ipswich.