Tour Kick Off: Like a Dream by Shina James @shina_j1 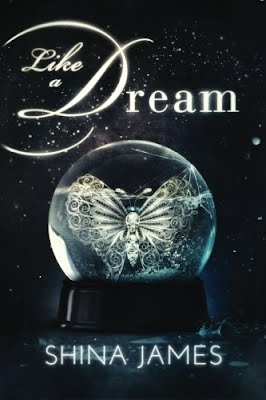 After losing both of her parents through a horrible fight, fifteen-year-old Amelia Waters gets trapped into staying with her mysterious aunt Leona and two cousins. It is then where they completely dominate her life and force her to move away from her home in Stillwater, Oklahoma to Columbia, Missouri. This usually upbeat and witty teenager is now suicidal and depressed as she’s forced into their world of hatred. If she tries to flee or escape she has been reassured that her beloved grandparents will be killed immediately. The moment she settles into her petrifying reality, Amelia becomes bombarded with nightmares about the past that reveals a terrible crime. With her back against the wall and no way out, Amelia gains a few unexpected allies that help her overcome her worst enemy—her aunt Leona. They give her the strength she needs to fight and take back the life that was stolen from her. But what Amelia didn’t plan on was to fall in love with Aaron—a mesmerizing boy from her dreams. Every nerve in her body gravitates to him as they fall deeper in love. But slowly Amelia begins to realize that nothing was ever just a coincidence and there is something far greater and dangerous in store for her.

SHINA JAMES is a freelance writer, and poet from the great state of Texas. She is a member of Romance Writers of America and Writers’ League of Texas. When she’s not writing or reading life-changing novels, she loves traveling, listening to music, and spending time with her husband and two kids.

Posted by Anonymous at 5:43 AM