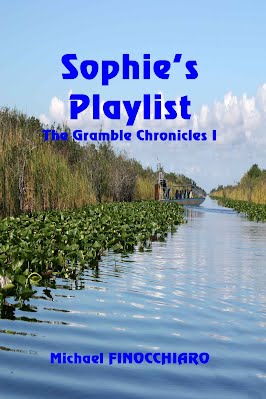 How does Gramble Thyssen, middle-aged and complacent bureaucrat, transform into an brilliant FBI agent? The Gramble Chronicles I: Sophie's Playlist describes the challenges he faces as he starts living for the present instead of pining for the past as well as the other people along his path that are swept up into his exciting destiny.

The author has assembled a playlist on Deezer that goes along with the book:

Sophie's Playlist is available on Amazon as a paperback and a Kindle eBook and from Solstice Publishing. 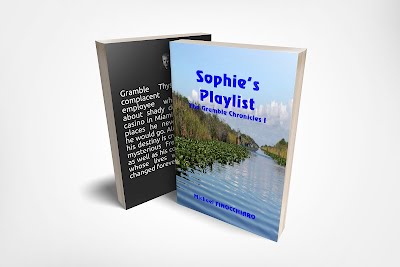 “Ships at a distance have every man's wish on board.” — Zora Neale Hurston, Their Eyes Were Watching God (1937)

Gramble Thyssen was looking at the clock wondering when it would strike 5 p.m. so that he could leave. The Bureau of Indian Affairs (BIA) was, as always, devoid of any "customers" and the silence preoccupied him: the hum of the air-conditioning, the occasional cough several aisles away, the shuffling of papers, or the creak of a chair. He was alone today in his cubicle - again - as Edith was out pregnant and George started showing premature signs of Alzheimer's and was rummaging in the tomb of his memories.

Funny how these partitions created a fake sense of isolation and looked so desolate with their laminated surfaces, the identical carbon-copy-like telephones on every desk and old greasy-screen monitors and dusty power strips.  The Wi-Fi was relatively unstable (despite being spitting distance between the Lincoln Memorial and the White House in central Washington, DC) and the network cables were all missing that little plastic tab designed to hold the cable in the laptop port. If all four occupants of the cubicle pushed back on their chairs, they would collide without even stretching out their legs. And should two of them need to make a phone call at the same time, well, it was hard to hear oneself think sometimes. 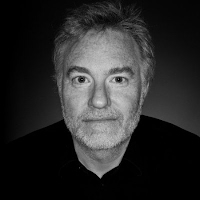 Michael Finocchiaro was born in Rhode Island, but grew up in Miami in the 70s before going to University of Florida to get a BS in Mechanical Engineering and enter a career in IT working for some of the world's largest IT companies (IBM, HP, PTC and Dassault Systèmes). He has lived in Paris, France for over two decades. He had dreams of becoming a writer for years, having always been an avid reader (he is very active on goodreads.com) of fiction and non-fiction. He realized his writing dream by self-publishing, in January 2017, his first book Sophie's Playlist (The Gramble Chronicles I) via Kindle Direct Publishing. It was subsequently picked up by Solstice Publishing, re-edited and re-published on January 7, 2018. He is currently working on the sequel.