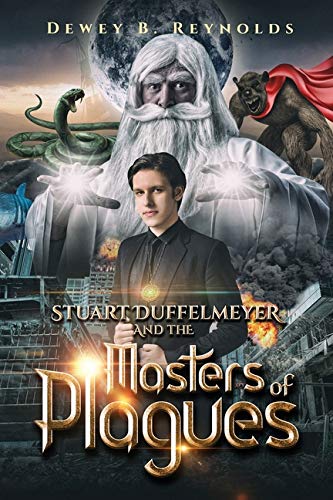 How about badly mistreated?

Meet Stuart Duffelmeyer. He knows what it feels like to be treated like trash. Brilliant, quiet, nerdy, and kind-spirited best describe him. He is an NYU student whose classmates target him for total humiliation. Fooling with him was their ultimate mistake. Stuart suffered severely as a result of their malicious behavior. He harnesses the power of nature to serve a dish of revenge that is best served cold to them. 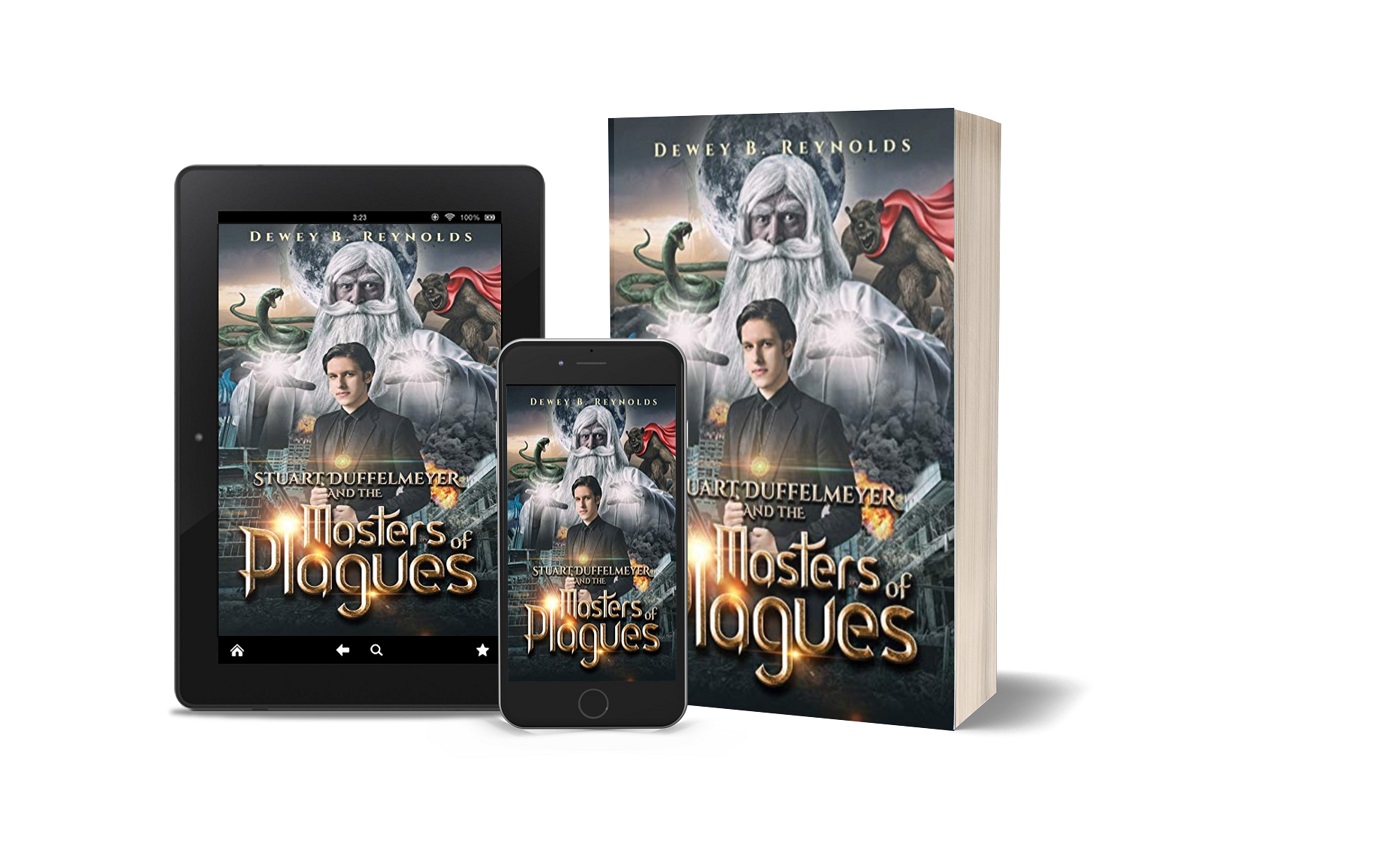 Many residents living in the Washington, D.C., area have always said that where you lived in the city said a lot about who you were. John O’Connor and his wife Susan were some of the first ones to make a
statement by moving into the Dumont condominiums over on Fourth and Massachusetts Avenue. Incomparable elegance and first-class amenities were the sophistications they enjoyed from their hard-earned success. John met Susan while both were doing internships at Children’s National Medical Center there in Washington. Since graduating from NYU’s School of Medicine for Pediatric Cardiology, he sought opportunities in the nation’s capital. Susan graduated from Boston University’s School of Medicine and also decided to head to Washington to pursue her career as a pediatrician.

During their tenure as hospital residents, they dated and would soon fall in love. Their love for one another fueled the passion to become engaged. The engagement soon led to marriage. Two sons, four-year-old John O’Connor, Jr., and three-year-old James O’Connor, became additions to their family. John got exactly what he wanted. Two sons were always his dream, ever since he was a little boy himself growing up on the upper east side of Manhattan. John and Susan felt their lives were complete with their family and careers.

Their boys were happy to have the rooftop pool with sweeping views of the DC monuments. Playing with other kids who resided at the Dumont brought joy to their parents. If their kids were happy, they were happy. John and Susan enjoyed retreats with their boys around the beautifully landscaped courtyard.

The sanctuary of nature brought them moments of peace to read a novel or enjoy the greenery of the flowers. When John Jr. and James were attended to by the nanny, the O’Connors snuck away to work out with the premium cardio equipment of the twenty-four-hour fitness center. John loved living only blocks away from the Capitol. Susan was delighted to live in the indulgence of the most powerful address on the triangle. John and Susan took on the daunting task of being a part of an internationally recognized team of pediatric healthcare professionals. Their team cared for more than 360,000 patients each year. Fifty million dollars in uncompensated care was provided by Children’s National Medical Center. John proved his worth by becoming one of the top cardiac physicians in the Children’s Cardiac Intensive Care Unit. Dually board certified in pediatric cardiology and pediatric critical care medicine. The life of an infant was in the hands of him and his surgical staff. Inside the operating room, the doctors and nurses were desperate to save the life of a two-month-old infant suffering from ventricular septal defect. A Desflurance anesthetic agent was administered.

The mounted surgical lights beamed strongly down on the surgical equipment being passed to John and other pediatric physicians. The integrated breathing system management of the electronic ventilator kept the infant stable. John used the powerful fiber optic illumination of the opthalmology microscopes to see deep within the left and right ventricles of the baby girl’s ventricular septum. Acutely, blood rushed through the stout walls which separated the lower chambers of her heart.

“Our patient is losing a normal heart rate!” John barked to his surgical team.

“Too much blood is leaking from the left ventricle into the right ventricle,” observed one of the top pediatric nurses.

“If the blood reaches the patient’s lungs, then she probably won’t make it.”

“Dr. O’Connor, the right ventricle has clogged with more blood.”

Seconds inside the operating room were precious. John and his team had many options to saving the baby’s life. Which life-saving method to use was their biggest concern. Incidentally, the monitor displayed no
heartbeat. Had the two-month-old baby died while under their care? Not if the divine intervention of the Universe had its say. The bright surgical lights were drowned out by an even brighter light which cut
through the ceiling. The doctors and nurses were lifted off the ground and suspended in mid-air by gravitational forces from the cosmos.

The deceased two-month-old was lifted off the operating table and also suspended in the air. A stream of cool ocean water and air came from under the door. The excess blood clogging the right ventricle of her precious heart was sucked out by the air and intermingled with the fresh ocean water. The blood caused the water to form a pinkish color.

Some of the water washed out all the infection. The wondrous forces of the Universe lowered the baby back down on the operating table. Loud cries from the infant filled the entire room. She cried as though she’d just been born into the world. John and the rest of his surgical team descended back to the floor. They just couldn’t believe what had happened. A stream of Gulf Coast water measuring about six gallons had done their jobs for them.

“Did you all see what happened in here?” John asked his medical colleagues, all of them stunned from disbelief.

The surgical team shook their heads at the same time.

“Where did that water come from?” John questioned, looking around and not seeing one wet spot in the emergency room. The surgical team silently replied with more movement of their heads.

“Long hours here at the hospital may be a bit too much for me.”

Standing right outside the surgery room without being noticed was Stuart. John came towards the door to make his exit. Stuart camouflaged himself behind a group of nurses going down the hallway. The infant
survived and it really brightened up his day.

Susan O’Connor had no idea her husband spent extra hours at the hospital only to spend time with a dangerously beautiful clinical dietitian specialist named Marissa Halifax. Talk about a true beauty! Marissa had doctors from one corridor of the pediatric hospital to the next trying to date her. Some doctors offered her money and gifts. She refused all of them. They offered her promotions within the hospital, and still, she refused them.

How did John get so lucky? His mouthpiece, bank account, and masculine magnetism were the goods to win her over. With the blinds shut, the door locked, the phone turned off, and lights turned down low,
John and Marissa decided to have a late night rendezvous inside his office. Their bodies pressed together while their lips smacked. They took a break from sucking face in order to catch their breath. Steam had generated from them exchanging saliva.

“Whew!” John huffed, fanning himself to cool off. “When I look at you, I’m looking at a masterpiece.”

“With all these doctors around here wanting me, you took home the prize, baby.”

“Can’t argue with you on that. Julius Caesar would’ve given up the Roman Empire for you.”

“I saw your wife today.”

“She finds out that we’re messing around, that’ll be my one way ticket to a divorce.”

“Your wife doesn’t have to find out. I won’t tell if you won’t tell.”

John and Marissa joined together to revive their body pressing and lip smacking. Small drops of water fell from the ceiling. More drops seeped through the cracks of the door and the windows. John went over to the windows and peeked between the blinds.

“Where’s that water coming from? It isn’t raining outside.”

“Are there holes in the roof?” Marissa asked, skipping from one side of the office to the next.

“No way does this hospital have holes in the roof.”

Marissa sprinted over to the door. She found the lock wouldn’t turn.

“Who locked the door?”

“No, I’ve jerked on the knob several times.”

“The door can be locked from the inside and the outside.”

Winds in excess of over a hundred miles an hour blew in between the door and window cracks. The drops of water joined together and formed a tiny hurricane inside John’s office. The forceful winds picked John off the ground and slammed him against the wall. Marissa got sucked up to the ceiling. Her body remained pressed to the crumbling tiles. The frames of pictures and certificates were blown off the walls and smashed into pieces.

Colonel Boaz made his presence known to John O’Connor. “John, have you not learned your lesson yet?”

“What lesson is that?” John answered, the mighty winds having deprived him of normal oxygen.

“You have violated the codes of morality. You made my master suffer, now you have to suffer.”

“I have been sent by my master to be a plague upon you.”

“The secrets of the Universe will not permit me to reveal who my master is.”

“I don’t understand. There are no hurricanes in Washington, D.C.”

“You weren’t meant to understand the true laws of nature.”

“This has gotta be one bad dream.”

“Your evil ways and disobedience have come back to bite you in the backside.”

“No, this hurricane does talk.”

Colonel Boaz used the power of its winds and water to throw John all around his office. The colonel threw him around like a boomerang. His face, hands, chest, and legs, they crashed hard against the wall. Slinging nearly ten gallons of water at him, John felt the stinging impact crash into his backside. “Errrrrrrrrrrh!” John screamed, clutching his tender rear with both hands.

Dewey B. Reynolds is an author, screenwriter, short filmmaker, and computer expert. He has also written books in the mystery, suspense, young adult, and true crime genres. Dewey currently lives in his hometown of Kansas City, Missouri.