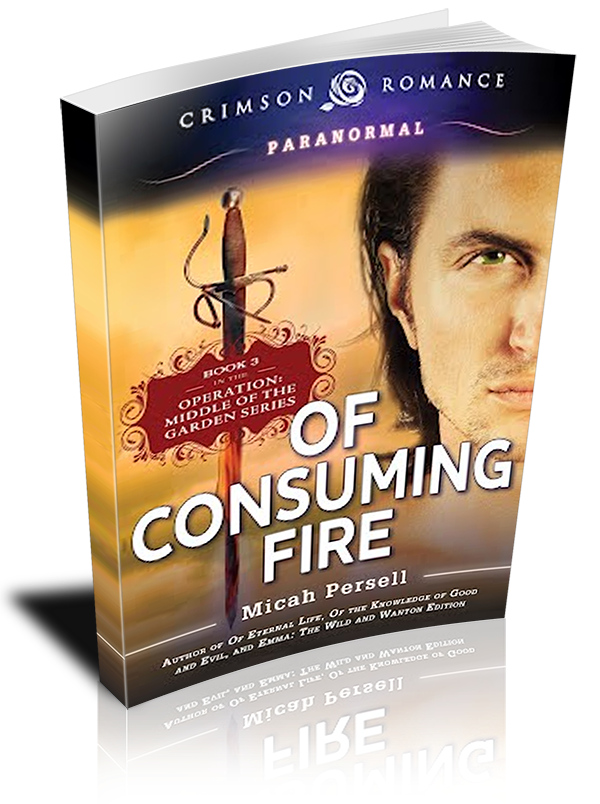 After millennia of faithfully guarding his post in the Garden of Eden, the cherubim Jayden flees. He leaves everything—including his sword—behind, disobeying orders for the first time in his existence, and all because he can sense her: his Temptation. She’s close, and Jayden can’t allow himself to be weak: to fall the way his brothers have for centuries whenever they encounter their very human, very beautiful Temptations. But he has a job to finish. He must regain the integrity the Trees have lost through being tested by vile humans, and it will require blood. It’s his only purpose, and he will finish it, whether he wants to or not; the Compulsion will ensure he has no choice. And if seeking out the humans he must kill brings Jayden into contact with the one woman who could destroy everything he is, he may never be able to resist her.
A victim of rape, Grace Tucker, Ph.D. knows that she can and must keep all men at a distance at any cost. She’s spent years perfecting her arsenal of man-deflecting weapons; her weight and acerbic wit are just two of her most effective munitions. Grace pours herself into her work, constantly seeking to fill the void of self-worth left empty by her attackers’ horrifying actions. And her latest job—translating a dead language engraved into an ancient sword—could be just the thing to finally launch her career and make Grace feel alive for the first time in years.

Neither Jayden nor Grace is prepared for what happens when they meet. A terrible accident places Grace at death’s door, and Jayden allows the unthinkable to take place out of guilt: he lets his intended victims heal her with the fruit from the Tree of Eternal Life. Grace immediately Impulse-pairs with him, an outcome he should have expected as she is the one woman on the earth who can bring him down.

EXCERPT
It hurt. God, it hurt so bad.

And why were they pushing on it so hard? Touching her. Jericho and Dahlia’s hands were weapons themselves, adding to her agony as they applied pressure to the gaping wound marring Grace’s gut.
She tried to tell them to stop, was sure that she had, but she only tasted blood on her tongue.

That thing—the most beautiful, terrifying being she had ever seen—had…killed her. She was dying.

And maybe that was okay. She was so tired of being afraid. Of looking for someone to hurt her around every corner. She wasn’t afraid right now, and it was the first time that’d happened in years. It almost made the pain worth it.

Cold. Her teeth started to chatter. With a rush of relief she realized she could no longer feel their hands upon her. Her body was going blessedly numb.

But it was so cold.

Dahlia scooped her up into her arms and cradled her against her chest, rubbing her hands up and down Grace’s arms. “Shh,” she said. “It’ll be over soon, Red. Shh….”

Grace was still conscious enough to struggle, but when her efforts were unsuccessful, she realized her numb body did not react to Dahlia’s touch as it always reacted to human contact. Without the ability to feel the pain of Dahlia’s touch, Grace was shocked to discover that the other woman’s embrace was…pleasant. It was the first time someone had put their arms around her in—she couldn’t remember. A sudden, intense desire to live roared through her, and Grace tried to fight, to say something. But instead of a sound, her efforts brought another rush of blood.

The strength left her limbs, and she sagged into Dahlia’s lap. Black began to edge in on her vision, so Grace closed her eyes to prevent watching it.

Dahlia tucked Grace’s head into the curve of her neck and began to hum something soft and sweet. Grace smelled cinnamon. She relaxed. If she had to go—

As her senses dimmed, she heard a scuffle.

“Get away from her!” Jericho yelled. “Let her go in peace, for God’s sake.”

“She needs this,” said a voice Grace had only heard twice but immediately recognized as his. “Now! Right now—”

A heavy silence met his insistence, and Grace wondered for a second if she had slipped away into death, but then she felt slices of renewed pain that must mean Dahlia was laying her down again.

The fear that had abandoned her for a few blessed moments rushed back in. What were they doing? She had no way of knowing.

“Quickly,” she heard him say again, desperation dripping from his voice in a near moan.

Another rustle, and then the sweetest scent she’d ever encountered. A mix of peach and sun-warmed earth and sky. She tried to hum in approval, but cut off when she felt a curious sensation where the sword had sliced through her. It started off as a trickling tickle, but soon grew uncomfortably warm. It launched throughout her entire body, causing her back to bow.

She opened her mouth, and her scream rent the air. No flow of blood accompanied it this time, she realized dimly, as her limbs flinched and jerked on their own.

All pain disappeared and in its place was ecstasy. Pleasure like nothing she had ever felt warmed her to the tips of her fingers and toes. She moaned loudly as she turned to her side and curled in on herself. Her hands encountered the torn fabric of her blouse and jacket, but then felt smooth skin where moments ago had been carnage. The pleasure faded, and her fingers tentatively explored her abdomen.

She opened her eyes to a world that was a blur. Colors blended with colors, shapes with shapes. Her fingers rose trembling to her eyes and bumped against her glasses. On instinct she whipped them away, and the world fell into immediate focus. She saw her surroundings with a clarity she had never known before; a clarity she instinctually knew was greater than human capability.

She was lying in a pool of her own blood, its vivid red color causing her to jerk upright. She looked around slowly. Jericho and Dahlia peered at her with cautious hope. “What—?” Grace’s hoarse voice gave out.

A harsh noise behind her caught her attention. “You’re alive,” he said on an exhalation of breath.

She jerked around, her eyes finding him immediately.

He stood close—too close—and his eyes roved over her in a way that could only be described as proprietary. He was gorgeous. He had the beautiful dusky coloring of the exotic Middle East: mouthwatering dark skin, warm black hair that cascaded in waves around his shoulders. She craned her neck back to take in his stature. He was huge—tall and broad—but instead of being terrified, she reveled in his height and the wings that spread behind him and glimmered in the glow of the emergency lights. She sucked in a breath as she glanced over the wide expanse of his chest and down the flowing white robe that covered his body. Her gaze traveled back to his face and was snared by lush, full lashes framing light, honeyed-green eyes.

“Angel…” she heard herself mutter.

And then the world tilted violently as a soft, strong Voice whispered inside her mind: He’s yours. The One. 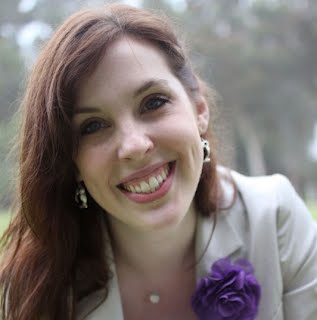 Micah Persell holds a bachelor's degree in English and a double master's degree in literature and English pedagogy. She is an avid reader of all types of literature, but has a soft spot for romance. She currently teaches high school English classes in Southern California. Her paranormal romance series, Operation: Middle of the Garden, and her "wild and wanton" edition of Austen's classic Emma are available now through Crimson Romance.

Links to Buy
Publisher’s Link
Posted by RABT at 2:00 AM