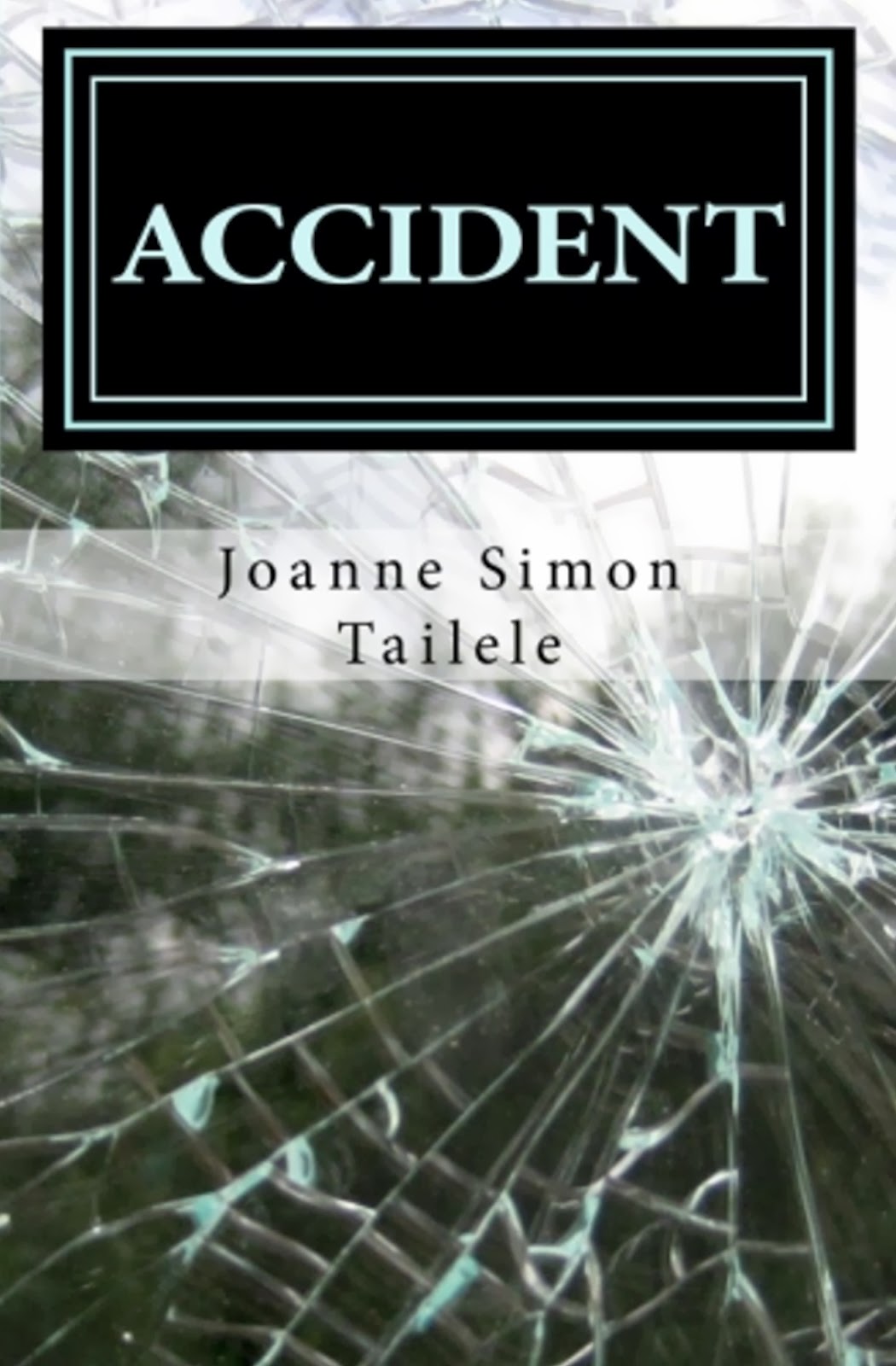 Imagine spending the next ten years in a prison cell the size of your walk-in closet.
When alcoholic soccer-mom Susan Jennings causes a fatal car accident, she is forced to face her addiction, fight to stay alive behind the dangerous prison walls and win her teenage daughter's forgiveness before she also falls trap to the devil hiding behind a clergyman's collar.

She was fifteen years old and alone. The first gulp of the dark liquid scorched her throat and burned all the way down. Her eyes stung and she fought the urge to vomit. The second gulp went down a little easier. By the third, the warmth inside began to surface toward her skin. As it settled like a warm blanket around her, she knew she had found a way to keep her secret, for at least one day at a time. By the time she finished the bottle, she was no longer ripping long strands of red hair from her head.

Susan Jennings awoke from the dream, shaking off the old memory that had haunted her for twenty years. As her eyes adjusted to the harsh fluorescent lights, she noticed the sterile green walls and the metal rails on either side of the bed. On the wall directly across from the bed a large round clock with a white face and black hands hung next to a chalk board with the date, April 3, 1982, written in bold, neat handwriting. When her vision cleared she saw her husband, Thomas, slumped in a straight-backed chair, his dark head cradled in his hands. “What happened?” she whispered.

Thomas jerked up when he heard her voice. Shadowy circles surrounded his deep brown eyes. His rumpled shirt suggested he had slept in the chair. Tears brimmed in his eyes. His words were jagged and raw as he recapped the accident in halting phrases. He was still in a state of shock as he toggled back and forth between his wife’s and his daughter’s rooms on different floors.

“You missed the sign, the stop sign, Susan. The other car couldn’t stop. Your car . . . the whole passenger side crushed . . . the other car rolled.”

He sucked in his breath and wrung his hands, a nervous habit. Absentmindedly, he reached for the tube which pushed oxygen through the cannula in her nose. He squeezed the tube, blocking off the air. A lock of his jet-black hair fell over his forehead.

His words brought back flickers of recollection to her, the children laughing in the back seat, a white sedan approaching from the right . . . crawling from the ditch . . . her late model station wagon crushed almost beyond recognition . . . the sedan rocking on its hood.

Susan gazed down at her body. A few bandages covered superficial cuts on her arms. She reached for the mirror on the bed tray and noticed long strands of red hair twisted in the palm of her hand. She shook her hand and the hair fell to the tile floor. Her left eye was turning a muddy purplish-brown. Dried blood caked at her hairline. She fingered the few stitches above her right eyebrow.

Thomas continued, “Deanna and your mother were pinned inside. The EMT’s talked about taking Deanna’s leg off to get her out, but they didn’t . . . at least  . . . not yet. The doctors say she has internal bleeding and several broken ribs. Her leg is a mess. They still don’t know if they can save it. Shit Susan, she’s in a coma.” Without thinking, he squeezed and released the tube, causing the air to come in spurts through her nose.

“The car folded like an accordion. They found your mom wedged between the windshield and the dashboard in the front seat. Her arm is pretty fucked up. Your dad said she might have had a stroke too.”

It’s all so hazy. Why can’t I remember? Panic began to set in. “What about Daniel?”

Thomas let go of the tube and cradled his face in the palms of his hands. His shoulder-length jet-black hair hung loose and obscured his face. Racking sobs shook his body and a near-primal growl escaped his lips. Finally, angry eyes looked up at her. “He’s dead, Susan!” He spat the words at her. “He got thrown from the car. They found him in a field. He hit his head on a rock and he broke his neck.”

His words bit into her, sucking the breath from her lungs. She couldn’t speak. She couldn’t scream. Her heart pumped wildly. It felt as if a boulder had landed on her chest. The heart monitor went off, sending screeching alerts to the nurses’ station.

A nurse rushed into the room. “You’ll have to leave, Mr. Jennings. She’s too upset. Her blood pressure and heart rate are going through the roof.”

“I’m sorry, I should have waited.” His anger was quickly spent. Thomas moved out of the way, allowing the nurse to administer a sedative. Shaking his head, he turned and walked out the door, heading to the intensive care unit to sit with his daughter, Deanna.

The room started to get dark and blurry. Susan was glad. She wanted to slip into that dark void of nothingness. Just before the blissful darkness descended, she thought, How can this be? They were fine, having fun, laughing and playing. Daniel is dead? Mom and Deanna hurt? Did I really do this? 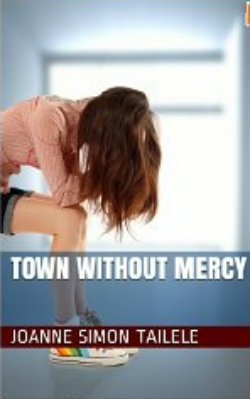 Is it nature or nurture that drives sixteen-year-old, Mercedes Warren, to become a mass murderer? Town Without Mercy, is contemporary women's fiction dealing with current event drama of mass shootings and gay marriage. Told through the eyes of the mother, a TV news correspondent, Adele must find the answer, even as it takes her away from Mercedes' deathbed where she lays in a coma from the police bullet that stopped the carnage. If Adele follows the leads, the cost could be her seventeen-year-old marriage to same-sex partner, Jodi Warren. The townspeople of Concord Park want revenge. They blame Adele and Jodi's lifestyle as the cause of their daughter's actions, but are they innocent of all blame?

The Concord Park Memorial Fairgrounds was bursting with energy. The parade route ended at the park where colorful floats and antique cars circled the grounds like covered wagons. Perched on the portable bleachers, the high school band trumpeted Lee Greenwood's "I'm Proud to Be an American." Adults and teenagers joined in song, while little children ran about twirling sparklers into the night sky. Old Glory proudly waved atop the small white gazebo where the mayor and the city councilmen fanned themselves in the July heat. Everyone anxiously checked their watches for the fireworks display to start promptly at 10:00 PM.

Joanne Simon Tailele was born a midwest girl in Youngstown Ohio and wrote her first short story at the age of ten in blue colored pencil. For most of her life, writing was private, for her own enjoyment and therapy. In 2010, she discovered NANOWRIMO and challenged herself to write a 50K novel in 30 days. She finished it, but admits it was awful. After joining an online writer's group, she picked away at the story for a full year with the help of the other girls in my group from all over the globe. It took another year of edits and rewrites before she I joined a local writer's group and felt the script was ready for the public eye. Two and half years later, ACCIDENT went public. Her second novel, Town Without Mercy, was released Janaury, 2014. Joanne currently resides on Marco Island on the SW Gulf coast of Florida with her husband. The proud the parents of 8 his-and-hers kids and 9 grandkids, they spend their time boating and enjoying the white sandy beach of Marco Island when she is not writing.
Author Links