Tour Kick Off: The Adventures of Fawn by Al E. Boy

The Adventures of Fawn is a ‘coming of age’ series chronicling the exploits of the precocious, young daughter of legendary reindeer, Comet and Vixen. The year is 1849, and all three tales happen in the months leading up to….but ending just before Christmas. A deadly North Pole blizzard; a fierce, hungry arctic wolf;  a scheming sea captain capturing animals to take to a New York City zoo; an evil former elf princess out to destroy the pendulum that enables Santa and company to live for hundreds of years; the trials and tribulations young Kristoff Kringle faced before he became the icon of Christmas; and a conniving stranger with a magic stone determined to steal Santa’s reindeer team …all of this and more await the young reindeer and her companions. 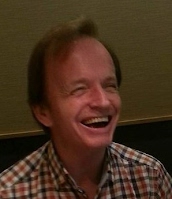 Through almost 40 years as a Santa Claus, Al E. Boy developed quite a repertoire of tales to explain and answer the many questions children ask about Santa, the North Pole, his reindeer, and his friends, the elves.
It was this collection of tales which prompted him to begin writing The Adventures of Fawn. Through the young daughter of legendary reindeer Comet and Vixen, he's been able to weave an exciting, colorful, imaginative world which will delight readers of all ages!
Mr. Boy not only hopes you enjoy these tales, but make reading them part of your Christmas traditions, as well.