The Hunger Games meets Romeo and Juliet in a stunning debut about a forbidden romance between a young activist and a government employee for a corrupt bureau that controls the population by deciding who lives and who dies.


Roman Irvine is a disgruntled IT Technician for the Divinity Bureau, a government agency that uses random selection to decide who lives and who dies. In a world where overpopulation has lead to pollution, a crippled economy, and a world in crisis, he’s accepted the bureau’s activities as a necessity… until he meets April McIntyre.
April has every reason to be suspicious of Roman. He works for the Divinity Bureau, which sent her father to an early grave. But he’s also sweet and loyal, and unbeknownst to her, he saved her life. As Roman and April fall deeper in love, the deeper they’re thrust into the politics of deciding who lives and who dies. Someone wants April dead. And the bureau’s process of random selection may not be so random after all… 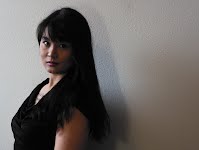 Tessa Clare is the author of The Divinity Bureau. When she’s not writing, she’s an entrepreneur, an activist, a speaker, and the Managing Director of Asset Creative House. Throughout her early career, she was a concession stand attendant, a busgirl, a barista, a player’s club representative for a casino, and an administrative assistant. She also spent years working as a manager for Vacasa, whose business model and revolutionary marketing strategies would later inspire the groundwork for Asset Creative House. The Divinity Bureau is Tessa’s debut novel about a forbidden love between a young activist and a government employee working for a corrupt bureau, set in a dystopian world.