Tour Kick Off: Take Back the Memory by Augustine Sam @austin_sam001 #giveaway 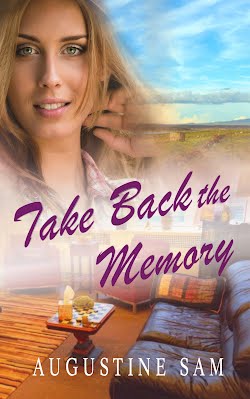 Paige Lyman, an accomplished psychiatrist, is on the verge of madness but she doesn't know it yet. The madness begins when she gets it into her head to write her memoirs. As her brilliant mind assembles bits and pieces of her life for the book, ugly skeletons, long forgotten in the closet, begin to rear their heads.

It had all begun with a simple act of love. And love, for her, was a blond-haired Irish boy named Bill, so when Bill abandoned her for priesthood the world around her collapsed. Seized by a different passion—vengeance—she seeks her proverbial pound of flesh in the beds of various priests...

But that is before she meets Stern W, a medical researcher, who sweeps into her life like a hurricane and marries her, and they live happily ever after until he dies in a helicopter crash and she discovers the startling truth about who he really was.

Take Back the Memory is the saga of her compelling backward journey through her own life on a psychotherapist's couch. 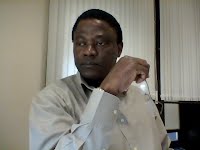 Augustine Sam is a journalist by profession, a novelist by choice, and a poet by chance. A bilingual writer and an award-winning poet, he writes, not only hard news but literary works as well.

Fascinated by the written word even as a kid, he fell in love with poetry the way you fall asleep: slowly, and then all at once. He was the winner of the Editors’ Choice Award in the North America Open Poetry Contest & his complete poetry collection, Flashes of Emotion, was a Finalist in the International Book Award Gala. His poems have been published in international anthologies, including "Measures of the Heart" & "Sounds of Silence."

Augustine is also the author of Black Gold and The Conspiracy of Silence which was awarded a Readers’ Favorite 5-star seal.

Posted by Anonymous at 7:18 AM