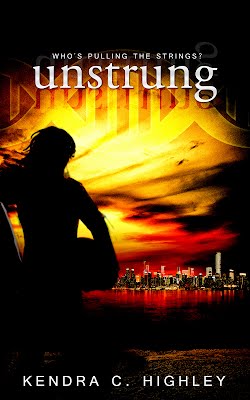 Lexa Pate, 17-year-old thief extraordinaire, has burned a bridge or two in her life. You don't make a career out of stealing other people's property without making enemies.

When a risky job goes from bad to worse, Lexa and her adopted family find themselves on Precipice Corporation's hit list because they've accidentally stolen the wrong thing - plans for a new model of genetically-engineered super humans. Now every bounty hunter, cop on the take, and snitch in the city is after them.

Lexa's world crumbles around her as she fights to keep her family safe even as someone strolls out of her forgotten past. Quinn claims to know who Lexa really is, but can she trust a stranger she met while robbing his boss?

More importantly, does she really want to know what Quinn has to tell her? 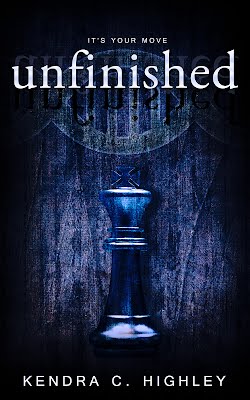 In a world where genetically-engineered humans serve as slave labor to “real” humans, ten-year-old Quinn is an anomaly. Designed with superior intelligence and physical attributes, he lives and trains at Maren DeGaul’s lakeside mansion, being readied for some mysterious purpose as dictated by Precipice Corporation. Despite the comfortable surroundings, Quinn is frequently pushed to his limits by his human guardians, often learning lessons in pain and loneliness.

That all changes the day they introduce him to a new artificial, one who is both his equal and his soulmate. But when Maren decides the new artificial is flawed and should be decommissioned, it’s up to Quinn to find a way to save his only friend. 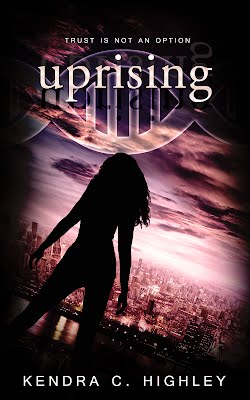 Master thief Lexa Pate always prided herself on never being caught. That changed the night she freed the artificial humans of Triarch City, a people she’s still learning to identify with. Now, imprisoned by the government, she’s separated from her family—and the love of her life—while facing murder charges. What she doesn’t know is something far worse awaits her: the Quad intends to make her pay for her crimes.

After helplessly watching Lexa be captured, Quinn has to place his trust in a group of people he barely knows to save the girl he loves. The rebels outside Triarch City have the equipment—and the information—he needs to rescue Lexa. But, knowing the Quad has sophisticated brainwashing techniques, his biggest worry is who she’ll be even if they do manage to bring her home.

Pawns in a game they barely understand, Lexa and Quinn will have to use all the gifts they possess to fight the powers seeking to control them and find a way back to each other.

Before it’s too late. 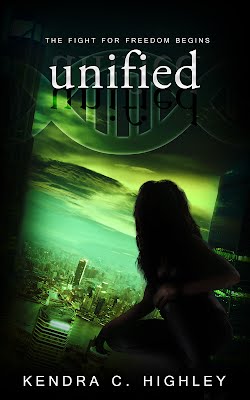 Lexa Pate has been called many things: thief, artificial, lover, friend. Now, as she faces the biggest crisis of her life, she realizes there’s another title trying to define her: murderer.

After she was freed from the Quad’s clutches, Lexa thought her life would go back to, if not normal, something resembling that. Sure, the band of rebels she’s joined have ideas of freeing the world from the Quad (delusions of grandeur might be more accurate), but Lexa is reunited with the men who’ve become her ragtag family. In her new home, she’s safe, she’s surrounded by people who care for her, and Quinn is always close at hand, ready to show her how much he loves her. So why does she feel like killing him every time they’re together?

Quinn thought rescuing Lexa from the Glass House would be all he needed to find his happy ending. But Lexa’s incarceration has changed things between them, and he fears the Quad altered more about Lexa than anyone suspects. With tensions in the rebel camp rising between the humans and the artificials, Quinn knows the war will reach a boiling point soon, and he may be the only one who can stop it. But if the rebels continue to believe Lexa is dangerous, he could lose more than the war—he could lose the girl he loves.

I stare blankly at the wall in my room. My Exeprin high has worn off and I changed back into my pajamas at the first chance, unable to get the chip off my mind. Our little team has ceased being annoying but forgettable and has become a critical target. Everyone from cops to bounty hunters to the Quad’s security team will be after us. All because we stole the wrong thing. Sure, we hadn’t planned to steal that particular chip, but our mistake doesn’t change one simple fact.

We are so dead.

“…run another diagnostic,” Turpin calls from the hallway. He’s been holed up in the lab with Jole, examining the data on the chip. A moment later, he knocks. Unlike Jole, he waits for me to say “come in” before opening the door.

I drop my pillow over my face. Maybe I should suffocate myself with it. “If I hadn’t tripped and set off the alarm, there’d be no trace of how the chip was taken. Now…they’ll find us.”

“Lexa, there’s no way to plan for the unknown. Besides, anyone else probably would’ve set that security device off sooner and not gotten away.”

A headache starts throbbing behind my eyes. Stars, this is the worst time to be coming off Exeprin. “I’ll remind you how you said it wasn’t my fault when we’re rounded up by Maren’s people.”

He sounds so dejected, I sit up, hugging the pillow to my chest. Maybe I should be scared, but a morbid curiosity about Maren’s artificials gets the better of me. “What are the new versions like? Can you tell from the plans?”

“Most of it is over our heads—the genetic engineering data is very complex—and part of the chip is heavily encoded. But I understand enough to know these are the most human-like versions I’ve seen. Circulatory systems that actually regenerate synthetic blood cells, skin cells that scab over when cut, fully functional digestive tracts. Stars, even their hair, fingernails and bodies will grow like a human’s.”

My headache intensifies. “Wait, what do you mean their bodies will grow?”

Turpin goes to my window. “Instead of making adults, like usual, these prototypes appear to be equivalent to six-year-old children. All of them with critical thinking processors akin to a person with a one-forty I.Q. The plans cover maturity cycles and learning rates by age. The only thing I can guess is that her scientists want to mimic the learning capability of a child’s brain.”

My room suddenly feels cold. “We stole the plans for a super-race of fake human beings?”

“It would seem that way. And all of them programmed to think the way the Quad wants them to think. Hyper-intelligent, but without the experience or knowledge to have true free will. I’m wondering about that, though,” he says, coming to sit on the edge of my bed. “If Maren’s playing God to this extent, how will she maintain control of her ‘kids?’ Can you imagine them as teenagers?” He gives me a rueful smile. “You’re hard enough to handle.”

I punch his arm, more out of respect than annoyance. Everything is so topsy-turvy, I wonder if I’m going soft. Soon I’ll be letting Jole off the hook for coming into my room without knocking. “Maybe it’s good we stole those plans. The new K600s are advanced enough that I can hardly tell they’re artificials. These new…things would be an abomination. A crime against nature.” I stand and pace, needing to put my nervous energy into the ground. If I don’t, I’ll blow, and I can’t afford a meltdown. “Bolts shouldn’t be so human. It blurs way too many lines, don’t you think?”

“The bigger question is what we tell our clients,” Turpin says. “Because we can’t give the chip to them. It’s too dangerous.”

He has a point. “I say we tell them the chip self-destructed as we decoded it. Who cares if they get angry. I’m less scared of them than I am of Maren.”

Kendra C. Highley lives in north Texas with her husband and two children. She also serves as staff to four self-important and high-powered cats. This, according to the cats, is her most important job. She believes in everyday magic, extraordinary love stories, and the restorative powers of dark chocolate