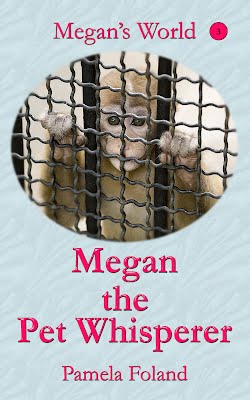 Megan Thompson is surprised and happy when Dr.Newton, the Veterinarian at the Furry Friends Clinic, ask her to look after Monty, a Capuchin monkey.  Dr. Newton acquired Monty from the local zoo because he was fighting other monkeys. Despite Monty's reputation with the vet staff as being a terror, Megan knows she can win Monty over.   Megan see's the inner workings of a vet clinic, and before the three days are up she wants to help every pet she can.  Unfortunately, the vet staff sees Megan as an annoying little kid not part of the team.  Megan can't bear to hear any more talk about Cooper, a sad Shih Tzu that won't eat his meals. She knows she could help him and others at the clinic if given the chance.  How can Megan earn the staff's trust?  Will she ever be allowed to handle any other pets besides Monty?  Every kid has a summer to which they just want to go back to when they are all grown up. This is Megan's summer, this is the summer when Megan became the Pet Whisperer.

The next morning, Megan woke to her kittens racing across the bed. Peeking at the digital clock on her nightstand, she saw it was only five-thirty. She rolled on her back and tried to go back to sleep, but somehow Petey had seen her look at the alarm clock.

With a meow, he jumped back on the bed and started purring as he walked up Megan's chest. He sat briefly on her chest, staring at her before flopping against her face still purring. With his back and head against her chin, his fur tickled her nose.

“ACHOO,” Megan said, startling all the kittens off the bed.

“Sorry, guys. Petey, your fur tickled my nose. Okay, I’m up, and I know that's what you wanted.”

Megan stretched and yawned as she walked across her bedroom. She quickly put out the kittens food and then sat on the floor near them, still trying to wake up.

By 6 a.m. Megan was excited to go see Monty. She played with her kittens until she heard her parents moving around downstairs.

“I’ll be back, babies,” Megan promised as she shut the door to her room.

”Morning,” Megan said cheerfully to her parents as she entered the kitchen.

“You are up early,” her mom commented.

“Yeah, I’m so excited to go care for Monty this morning. I will get to see how a vet clinic runs, too.”

“It's good experience for you,” her dad agreed.

After breakfast and seeing her parents off to work, Megan went back to her room and dressed in jeans and a T shirt.

“Okay, kitten cats, I’m going to go take care of Monty. I have to feed him and let him play for an hour. I’ll be home by eleven for sure, and we will spend time together since I don't have to be back at the clinic until three-thirty.”

Megan kissed each of her babies and headed for Dr. Newton's office. The morning was still cool, so Megan didn't mind jogging the quarter mile.

It was just after eight when Megan pulled the Furry Friends Clinic doors open.

“Morning, Mary,” Megan said. She was happy that she had been introduced to the staff. Now she really felt like she was part of the vet’s office.

Megan approached Monty's cage. As usual, Monty was crouched on the platform at the back of his cage.

“Morning, sleepyhead. Do you want to come out and play?” Megan cooed, unlocking the cage door.

As she knelt by his cage, Monty eyed her for a moment before hesitantly approaching the door.

A client with two vocal basset hounds came into the lobby just as Monty was about to come out.

The basset hounds baying sent Monty scurrying back to the safety of his platform with a shrill scream.

“It's okay, Monty,” Megan soothed as she watched the woman with the basset hounds be led into an exam room.

It only took a moment of the lobby being quiet for Monty to come back down to the door. He stared at Megan, his big brown eyes already showed he trusted her.

With one quick leap, Monty landed on Megan's shoulder. Grabbing her hair, he balanced himself.

“Ow,” Megan cringed as he pulled her hair again and settled on her shoulder.

Once she was sure he was seated, she slowly got to her feet. With a hand on his back as she walked, Megan headed to the kitchen.

“Morning,” Megan replied with a smile.

Cory took a few steps backward as Megan approached to get the toys from the cabinet.

“Monty's food is soaking, but it has only been about fifteen minutes,” Cory explained.

“Okay, we will play for a while. Thanks for making it,” said Megan.

Cory nodded and headed out of the room as another tech called his name.

Once Cory had left the room, Monty jumped from Megan’s shoulder to the counter. He opened his toy drawer and rummaged for the toy he wanted.

He found the keyring toy that he was looking for and handed it to Megan.

Megan took the toy from Monty and shook it gently in front of him so the keys rattled together.

Monty’s eyes lit up as he watched the colored keys dance.

When Megan held the keys still again, Monty took them and repeated Megan’s action. He was able to make the keys rattle, too.

As he continued to shake the keys, he jumped off the counter and ran around the room rattling the keys and talking to himself.

Megan giggled at his antics as she watched him circle the room for the second time. As he passed her again, Megan sat down on the floor.

The next time Monty circled around, he ran up and jumped in Megan’s lap pushing the keys up to Megan’s nose.

Monty walked up her chest just like her kittens and rattled the keys in her face.

Megan covered her face with her hands so the keys couldn't hit her.

This action intrigued Monty. He dropped the keys and put his hands on Megan's attempting to pull her hands from her face.

Megan let him lift her hands up briefly. She smiled and said, “Boo!”

Then she quickly covered her face again.

After the fourth boo, Monty was bored with the game and wandered over to the cabinets.

“No, Monty, come play with your blocks,” Megan said, pulling the bucket of blocks to the middle of the room and dumping them on the floor.

Monty left the cabinets and came over to where Megan sat. He dug through the blocks and found two red ones. He put one on the ground and started hammering it using the other block.

Megan watched him work and then started building a tower. She got her tower to be a foot tall before Monty took interest and knocked it over with a quick backhanded motion.

“Monty, you knocked my tower down. I was building that,” Megan laughed.

Megan built the tower again. This time he helped her put the blocks in place. Once the tower got to be a foot tall, he knocked it over again.

Megan rolled her eyes and glanced up at the clock.

“Okay, Monty, your food should be ready. Let's give you some breakfast.”

“Good boy,” Megan praised as she grabbed the two containers from the shelf and shut the door. Monty watched from Megan’s shoulder as she combined the vegetables and fruit together and then mixed up the pellets and canned food.

Once in the lobby, Megan poured the contents of the containers in the dishes in Monty’s cage. Monty hopped into his cage eager to check out his food dishes. Megan sat on the floor in front of his cage, watching to make sure Monty ate. He dug through both bowls. Once he had a carrot piece in one hand and a pellet in the other, Monty climbed out of his cage and onto Megan's lap. Monty chewed on his chosen pieces of food for a few minutes. Then he dropped them on the floor and went to retrieve two new pieces.

Tess came up to the front to talk to Mary. “Cooper the Shih Tzu that checked in on Saturday isn't eating. What else can I offer him?”

Mary pulled his file from the cabinet behind her. After reading it for a moment, she replied, “He has severe food allergies. You can't give him anything but what his owner brought.”

Tess sighed and returned to the back.

Megan couldn't help but ask, “What will Tess do to get Cooper to eat?”

“We do several things here. Sometimes adding hot water to their food makes them eat. I'm not sure what all she has tried already,” Mary replied.

Megan nodded. Despite not knowing Cooper, Megan felt bad for him.

It had to be so scary being boarded when you're a dog. It has to be terrible to not understand when or if your mom is coming back. I will ask Tess about Cooper this afternoon and try to help.

Monty had eaten two thirds of his food. The remains of pieces were scattered across Megan's lap, but Monty had went to his platform to rest.

“See you this afternoon,” Megan said to Monty and Mary.

Her mind raced as she walked home. Monty is so fun to care for. He is so easy. I don't think I could ever board my kittens. They would be so scared. I hope Tess can get Cooper to eat. I know I could help Cooper if I was allowed to spend time with him. 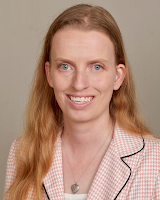 Pamela Foland grew up in Plano, Texas. Her love of animals started at a very young age. As a child, she was constantly bringing home stray dogs, and injured birds. She graduated from the University of Texas at Dallas with Bachelor of Science in Biology and a minor in Business in 2005. As an adult, her love of animals has only grown stronger. Pamela has worked in numerous pet hotels as a dog trainer and is certified to teach pet first aid and CPR. All her experience with pets culminated four years ago when Pamela found and raised an abandoned litter of day-old kittens. Not able to part with any of these now-grown babies, Pamela enjoys going home to her ‘little munchkins’ every night. This experience gave Pamela the inspiration for her series debut, Megan’s Munchkins. Pamela will always have a special affinity with Megan, because of their shared experiences. There are few experiences in life more compelling than saving the life of another being.