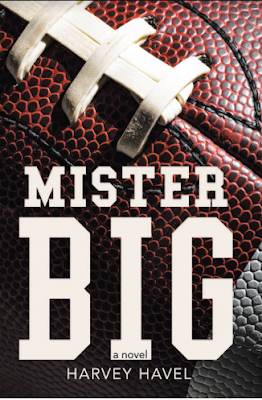 In this novel, DeShawn Biggs is as formidable as his name suggests. At 6-feet-5-inches and 300 pounds, DeShawn seems headed for the NFL. Indeed, a football career is regarded as an inevitability for the young man in his native Albany. While most NFL–bound seniors head off to play college ball after they leave high school, DeShawn’s abysmal math grades—and the fact that his parents can literally no longer afford to feed him—result in the giant lineman attending an elite Connecticut prep school for “grade thirteen.” After an emotional farewell to his parents, who are purposefully removing themselves from his life for good—“You’ve got to use your God-given talents to make a life for yourself,” says his father, “and you cannot do that with your mother and me in the way of that life”—DeShawn is left alone among the white, wealthy student body. Sticking out like a large sore thumb, DeShawn attempts to walk the fine line between what is expected of him and what will not be tolerated. A cheating scandal gets him expelled but not before he secures a place at Montgomery Southern A&M, a football power that will set him up to advance to the NFL. DeShawn eventually gets his shot at the big leagues, but his trusting nature and penchant for making bad decisions dog him throughout his career. Each time, the stakes get higher. DeShawn has always been a pawn in a game controlled by other people, but how much of his own integrity can he compromise in order to get ahead? 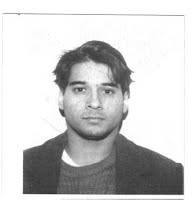 In 2006, Havel published his third novel, Freedom of Association.  He has published his eighth novel, Charlie Zero’s Last-Ditch Attempt, and his ninth, The Orphan of Mecca, Book One, which was released last year.  His new novel, The Thruway Killers is his latest work.

The Orphan of Mecca, Books Two and Three, has just been released next year as well as a book, An Adjunct Down, which he just completed.  His work in progress is called Mister Big, about a Black American football player.

He is formerly a writing instructor at Bergen Community College in Paramus, New Jersey.  He also taught writing and literature at the College of St. Rose in Albany as well as SUNY Albany.

Copies of his books and short stories, both new and used, may be purchased at www.barnesandnoble.com, www.amazon.com, and by special order at other fine bookstores.

Posted by Anonymous at 6:58 AM