Someone is murdering the citizens of Kira’s village, and her fellow thieves are being blamed. Desperate to clear their names and restore the reputation of the guild, Kira embarks on a dangerous mission to infiltrate the palace and enlist the help of the king and queen.
One man stands in her way, Chaol, the head guard, who threatens to steal the thief’s heart.
And he’s not the only one. Her childhood crush on Badrick might finally be developing into something more than friendship. But only if they can figure out who is threatening to kill them before it is too late.
Kira wants to trust Kingsman, the man who took her in and raised her as his own, but she is starting to wonder if he has been lying to her all along.
Can the three men closest to her keep Kira safe long enough for her to carry out her plan to save the village? Or will the secrets they have kept from her destroy her happiness—and her life—before she has a chance to clear her name and prove the innocence of those she cares about the most? 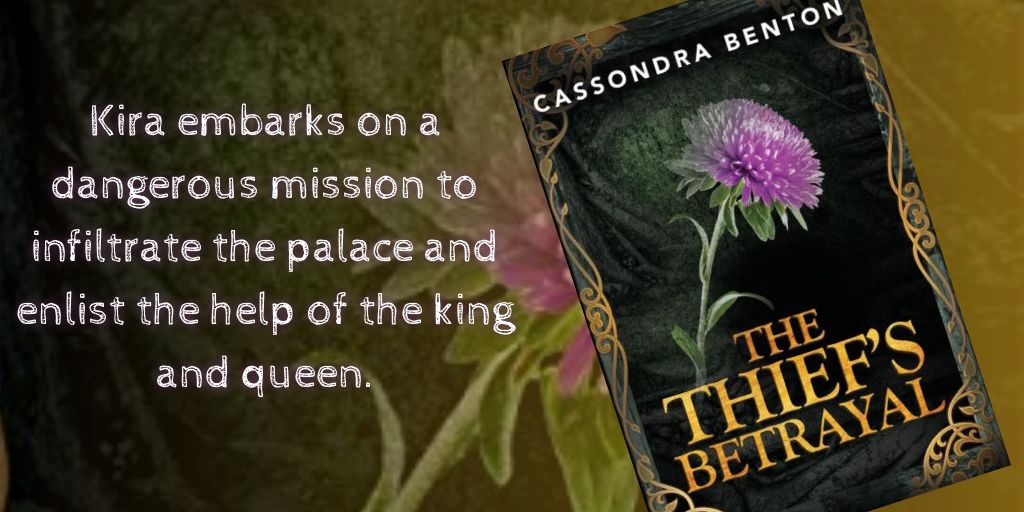 When Cassondra was growing up, if she wasn't competing in sports, she was usually writing, reading, or drawing. It wasn’t long before she formed an addiction to the thrills of fantasy, which led her to write her debut novel, The Thief’s Betrayal. Cassondra is currently attending college. She was born and raised in Southern California where she lives in a home overflowing with books.