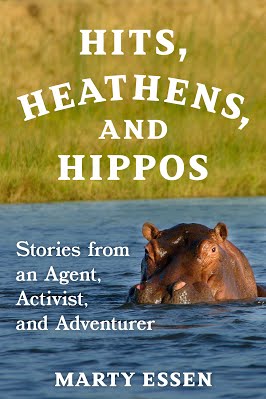 Stories from an Agent, Activist, and Adventurer

Be inspired, intrigued, and entertained!

Hits, Heathens, and Hippos: Stories from an Agent, Activist, and Adventurer is a humorous and inspirational memoir that explores relationships and careers and how seemingly minor events can lead to life-changing results. Compelling stories have filled Marty’s life, and he tells those stories in a conversational style that combines his talents as an award-winning author with his talents as the creator of a one-man stage show that he has performed at hundreds of colleges across the United States.

This is a must-read for anyone faced with an unexpected career change, worried about finding and keeping the partner of their dreams, forced to take on bullies (whether individual, political, or corporate), eager for ideas to make life more satisfying, or just in search of a fun-filled adventure.

“A thoroughly absorbing and inherently fascinating account of a most unusual life lived out in a series of equally unusual circumstances.”—Midwest Book Review

“With thought-provoking explorations into making peace with family members who adhere to differing religious values, tales of his time as a talent agent, and escapades with gigantic rainforest monitor lizards—there is much to enjoy in Marty Essen's memoir Hits, Heathens, and Hippos: Stories from an Agent, Activist, and Adventurer.”—a 4/5 starred IndieReader-Approved title, reviewed by C.S. Holmes 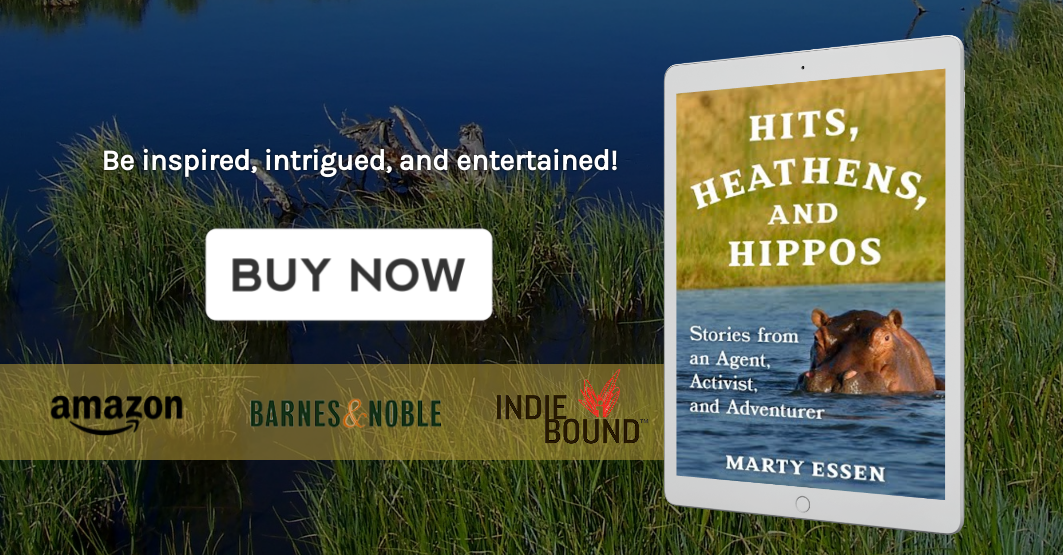 Marty Essen began writing professionally in the 1990s as a features writer for Gig Magazine. His first book, Cool Creatures, Hot Planet: Exploring the Seven Continents, won six national awards, and the Minneapolis Star-Tribune named it a "Top Ten Green Book." His second book, Endangered Edens: Exploring the Arctic National Wildlife Refuge, Costa Rica, the Everglades, and Puerto Rico, won four national awards. His novels, Time Is Irreverent, Time Is Irreverent 2: Jesus Christ, Not Again! and Time Is Irreverent 3: Gone for 16 Seconds are all Amazon #1 Best-Sellers in Political Humor. Hits, Heathens, and Hippos is Marty's sixth book, and like all of his books, it reflects his values of protecting human rights and the environment--and does so with a wry sense of humor. Marty is also a popular college speaker, who has performed the stage-show version of Cool Creatures, Hot Planet on hundreds of campuses in forty-five states.

June 10 - Momma and Her Stoires - Excerpt

June 15 - A Life Through Books - Interview

June 16 - Momma Says to Read or Not to Read - Spotlight