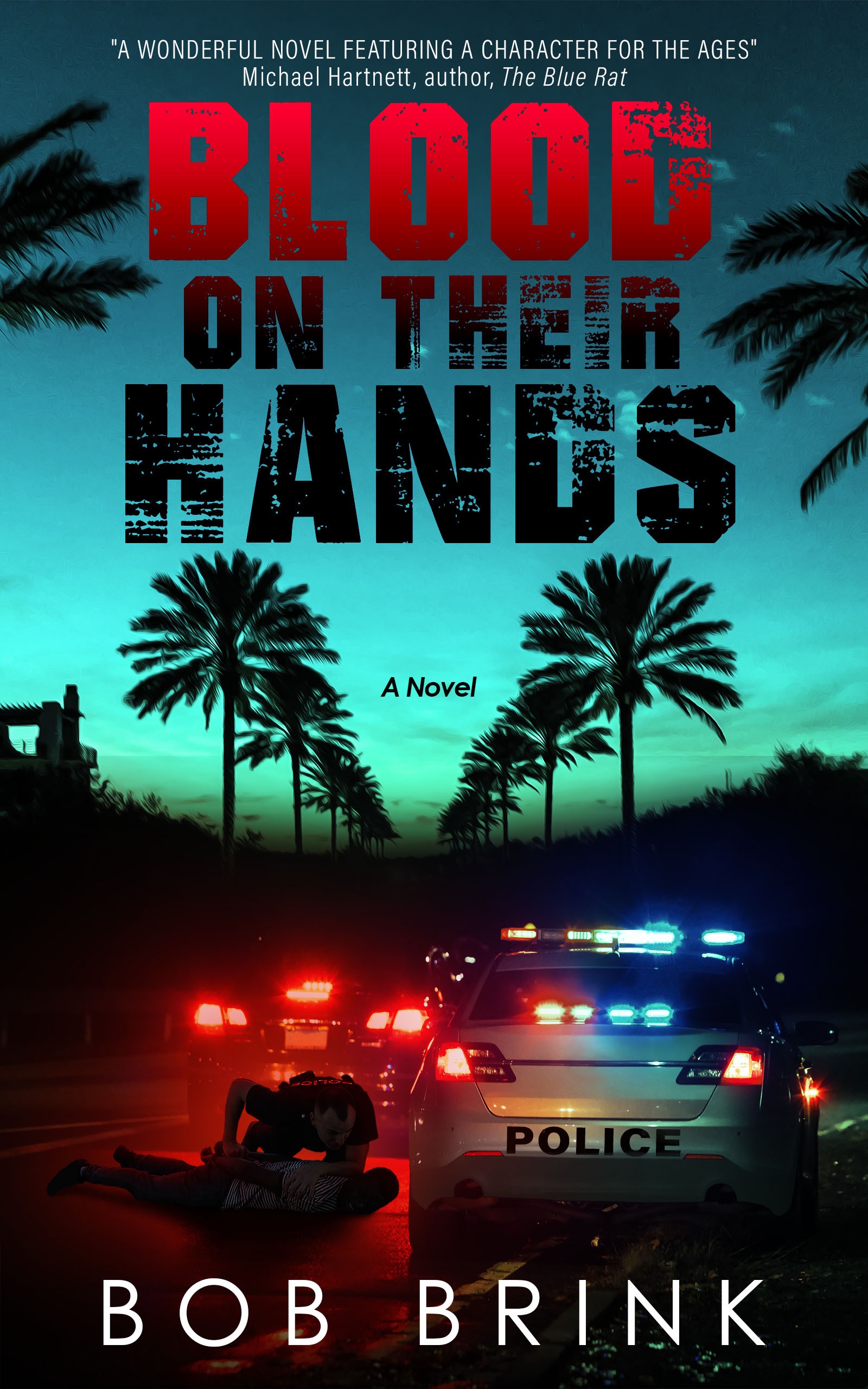 A lawyer defends a young Black man who was brutally assaulted by two bigoted police officers and discovers a deeper conspiracy that endangers his life.

Alec Monceau is a Black man working to support his daughter’s family in Trinidad. It is 2008, and his car carries an Obama bumper sticker. This political advertisement leads to a superfluous traffic stop and a brutal beating by police.

It goes against Garbuncle’s grain to defend a Black man from a charge of violently resisting arrest, but he is so confident of winning that he is negligent in the jury selection, and a mistrial occurs. He then discovers incriminating evidence on the two cops, and his new challenge becomes how to keep himself and his client alive pending a new trial.

BLOOD ON THEIR HANDS words) is a legal thriller that borrows themes from the movies Gran Torino and My Cousin Vinnie. It relies on the author's experience as a newspaper reporter who once covered a Ku Klux Klan meeting. 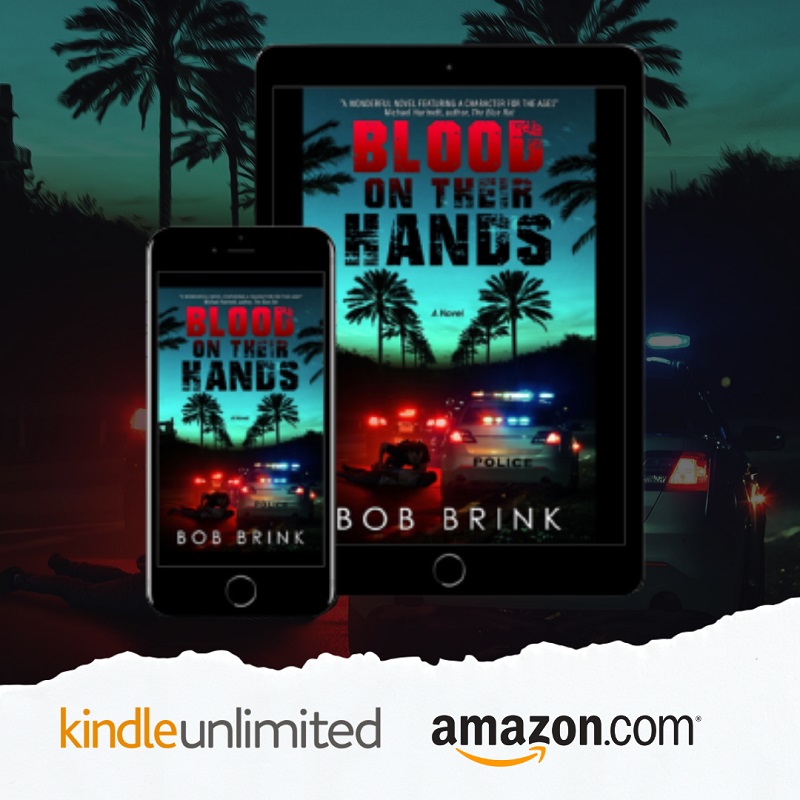 The overhead lighting bounced off Garbuncle’s face, which glowed with after-shave lotion. His straight, graying hair was slicked back from a receding hairline. He wore a bright yellow leisure suit a la the nineteen-seventies, pressed and neat except for a small red wine stain on a lapel. A fire-engine-red shirt and royal-blue tied completed his ensemble. Glistening black patent leather shoes competed with his face for reflection of the ceiling lighting.

Garbuncle motioned for Alec to rise, and pointed to the witness stand. Alec walked with a hesitant gait, glancing to his right at the six-member jury.

“Now, Alec, I want you to tell the court what happened on the evening of April eighteen that led to your arrest.” Alec wore an anxious look, and Garbuncle said, “Go ahead, Alec. You may speak.”

“I drive west on Lake Worth Road, go home from Computer Freak. I work dere.”

“About forty-five minutes after 7 o’clock.”

“Was it beginning to get dark?”

“So it was about as dark as you? Never mind, that was a joke.” A broad smirk.

Judge Crabtree jerked his head back, staring with eyes wide. Alec had a blank look.

“Tell us what happened next,” said Garbuncle.

“I see red light in back mirror, den I hear police car.”

“You mean you heard a siren?”

“Yes, dat it. I forgot what it called. I know should drive right side of road, but no can move. Cars in dat lane. I go slow, and when cars past, drive to right lane. Police car come behind me. I turn onto road at corner, go past water on side, den park. I get out. Police park car behind. One walk to me. He ask me why I no move over quick. I say no can, cars dere. He hit me on head wid stick.”

“Do you mean his billy club?”

“Tell me which of those two men sitting at that table”—Garbuncle turned back toward the defense table and pointed—“which one struck you.”

Alec pulled his shoulders in and hesitated. Garbuncle could see the fear in his client’s face.

“It’s all right. He can’t hurt you now. You need to tell us which one struck you.”

Garbuncle pointed to him. “You mean that one? Larry Pickens?”

The cop’s face was impassive.

“Did Officer Pickens say anything to you?

“Den oder policeman come from police car, say I need fix back light, no put Obama sticker on bumper. I try tell him get light fixed tomorrow. He hit me in stomach wid club. I no can breat’. Oder policeman hit me wid club back of neck.” He placed his hand just above his shirt collar.

“I fall on ground. Dey put handcuffs on me, pull me up. Hurt very bad. Dey injure my shoulder. I wear ting for arm two weeks.”

“Strong policeman ask where I from. I say Trinidad. He hit me wid club low on legs. He say I look like Obama. He say monkeys take over country. I tink he mean Obama and me monkeys.”

The judge, his dome shiny through strands of white hair, noticed Garbuncle trying to squelch a laugh, but allowing a smile to open. “Counselor, do you think that’s funny?”

Garbuncle saw, peering over the top of wire-rimmed glasses, a stern face. His grin vanished like a rabbit disappearing at a magician’s snap of the fingers. “Oh, no, Your Honor. A joke I heard last night popped into my head for some reason. I apologize.” 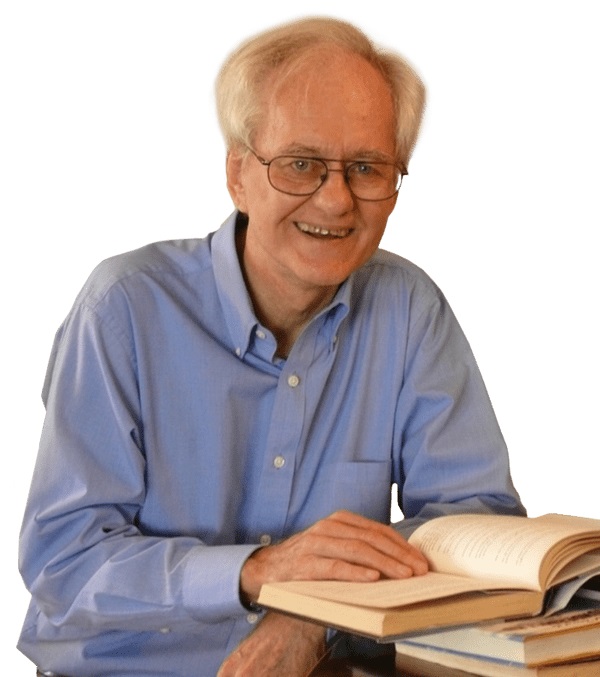 Bob Brink is a journalist who worked with several large newspaper organizations and a group of magazines. His byline has been on thousands of news stories, features, and entertainment reviews.

He now is embarked on authoring books. His newest book, the legal thriller Blood on Their Hands, follows Murder in Palm Beach: The Homicide That Never Died, a roman à clef about a real, sensational 1976 murder that made headlines for 15 years, and made news again a few years ago with a new development in the case. The book became an Amazon best seller.

His other books are: Breaking Out, a coming-of-age novel; The Way We Were: Short Stories and Tall Tales; and A Tale of Two Continents, a ghost-written memoir. He has completed a work of creative nonfiction about a woman who led an audacious life of crime and married a death row inmate who later was beaten to death by guards; a search for a publisher is underway.

Besides dabbling in short-story writing over the years, Brink immersed himself in learning to play the clarinet and tenor saxophone. He performed many years with an estimable, 65-piece community symphonic band, and played a few professional big band gigs.