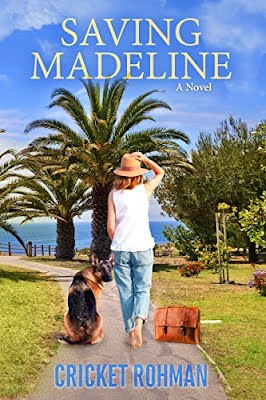 SAVING MADELINE is unusual, heart-wrenching and humorous. In the beginning, Roxy, a spunky, young actor arrives in Hollywood to follow her dream and escape from her mean-spirited family. When she finds herself coexisting in a cramped Los Angeles apartment with a wounded warrior and her German shepherd, tensions run high. And then her mother moves in—so much for escaping.

Along comes the well-connected acting coach, James Jonathan Jarvis, and Roxy’s big break in showbiz: a part in a reality TV show with a wilderness survival theme. But a week before rehearsals begin, her mother disappears. Roxy’s search leads her close to Montana where she and Madeline become trapped in a real life-and-death situation.

Though bombarded with daily challenges, the women laugh at their frequent calamities, and Roxy’s Hollywood misadventures buffer the troubling glimpses into the world of a woman whose memory is fading.

A short excerpt from the section

Then Roxy contemplated doing something she’d sworn she would never, ever do. Don’t do it. Do Not Do This! Her palms sweated, her stomached rolled, then taking a deep breath, she did it. She opened the Help Wanted section of a regular newspaper and searched for an ordinary, though flexible, part-time job—just like normal, non-showbiz people did. To her surprise, she spotted two possibilities right away. One involved helping first-year college students revise and edit their failing work from the required course, Writing 101. Piece of cake. She could do that in her sleep. The other required someone capable of assisting a high school aged male with his guitar playing and songwriting.

“Ah, ha!” she declared. Now that was a tasty piece of cake. She wanted that job. Without any hesitation, Roxy made the call, which resulted in an on-the-spot phone interview with a pleasant, friendly woman.

“There is just one more question I must ask,” the woman said after they’d spoken a while. “And I’d like to offer my apology in advance for asking it.”

“My son has a thing for starlets, and starlets seem to have a thing for him. Do you consider yourself a starlet?”

Not certain of the meaning or motive of her question, Roxy replied, “What’s a starlet?”

Genuine, hearty laughter traveled across the phone line, followed by, “Perfect. You’re perfect. When can you start?”

“Hi. You must be Liam,” she said. “Come on in. Can I get you something to drink before we get started?”

“Thanks, man. A beer would be great.”

He was a good-looking young man with short dark hair and eyes to match. She figured he was kidding about the beer because he definitely wasn’t old enough to drink. He was still in high school. So she smiled and played along.

“One beer coming up—right after I check your ID.”

He shot her a look of annoyance. “Are you messing with me?”

“No, but I thought you were joking. You weren’t?”

“Hell, no. Come on. Everybody drinks beer.”

“Not a problem. Wine, whiskey—I’m not picky.”

The content of this first conversation with her arrogant new student was unbelievable. Was this typical behavior for an L.A. teen, or was she just being a mid-western geek?

She brought him a can of soda and asked him to play something. He didn’t react. She nudged, needing to make this small job a continuing reality. “How long have you been playing guitar?”

He shrugged, reluctant to answer her simple question, so she asked again.

He sipped his soda, looking both bored and annoyed. It was as if he didn’t want to be there, but then with a tilt of his head and one eyebrow slightly raised, he tossed out an answer. “Since I was a kid.”

In her estimation, he still was a kid, albeit an alcohol drinking kid. When he finally freed the Martin guitar from its case and played a few bars, Roxy was blown away. As badly as she needed the cash, she let him know that she wasn’t the right person to advance his guitar playing ability. Between the two of them, he was by far the better musician. His musical talent was amazing.

“That’s okay,” he assured her. “I’m more interested in breaking into show business than I am in upping my guitar skills.”

For now, Roxy kept her thoughts to herself. She could relate to his dream, but she wasn’t the person to help him with that, either. She had no connections, no ‘ins’ when it came to breaking the showbiz code.

She crossed her arms and tilted her head. “So you’re here expecting me to help you break into show business via your songwriting ability?”

“Not exactly.” He gave her a lopsided smile. She gave him a confused frown. “I’m here because my parents are trying to keep me out of trouble. They’ve lined up a bunch of activities to keep me busy. You’re just one of them.” An amused expression flashed across his face. “Hey, since I am here, what do you think of this?” He played a new riff on his guitar. “Are you any good with lyrics? Help me come up with some words to go with that.”

His unique musical style intrigued Roxy. She dug out a notebook and pencil and settled on the floor in front of him. The words and music came together with surprising ease. Or so it seemed. They both agreed they were on to something great and had the beginnings of a real song.

With their first session over, Roxy asked, “Same time next week?”

Placing a few folded bills into her palm, he shrugged. “Sure.”

After her student had managed to shove the ill-fitting door closed, she stood in her living room with her ears ringing from the sudden silence. After spending time creating and playing music with Liam, the apartment felt empty, lonely.  She didn’t like that feeling, but she did like the fact that she held $30 cash in her hand. Cash she had earned.

Expecting to see a twenty and a ten, she sat and stared at the money. The two faces staring back at her belonged to neither Alexander Hamilton nor Andrew Jackson. She stood face-to-face with Ulysses S. Grant times two. One hundred dollars. Was this a mistake? Should she be elated or concerned? Until Roxy learned the truth, she’d consider the extra $70 to be a gift, a bonus for a job well done. 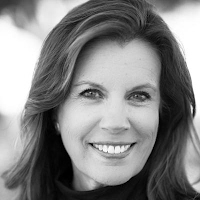 Cricket Rohman grew up in Estes Park, Colorado and spent her formative years among deer, coyotes and beautiful blue columbine. Today she is a full-time author writing women’s fiction and mysteries about the cowboys, lovers, teachers, dogs, the great outdoors—even Alzheimer’s. And, so far, there is a dog in every one of her novels.

The romantic western, COLORADO TAKEDOWN, is scheduled for release early summer of 2018.