Tour Kick Off: Finding Leda by Gaia B Amman @GaiaBAmman 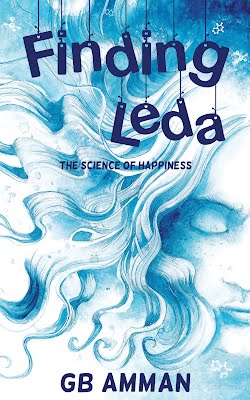 What does it take for a woman to be happy? Not a man, like twenty-year-old Leda Balni was raised to believe.

Weary of gender culture, Leda enrolls in Genetic Engineering. Surrounded by new friends, science, and even a sexy genius, she forgets her troubles until her restlessness resurfaces…

In a whirlwind of Vespa adventures, college exams, Italian culture, rock, philosophy, and chemistry—both the inorganic and the sizzling kind—Leda deconstructs happiness and establishes her own rules to the game of life, but is there room for love?

The question becomes urgent when an old acquaintance from her past resurfaces in all his brooding magnetism, but he is bad news, and smart, rational Leda should know better than succumbing to attraction…

** "Finding Leda" is self-standing and directed at an adult audience,though suitable for teens, but it is the fifth book in "The ItalianSaga" and there are references to Leda's previous adventures.  **

** The books are a fictional memoir based on the life of author GB Amman, a novelist and molecular biologist born and raised in Italy.**

Gaia B. Amman was born and raised in Italy. She moved to the United States in her twenties to pursue her Ph.D. in molecular biology. She's currently a professor of biology at D'Youville College in Buffalo, New York, where she was voted "the professor of the month" by her students. Her research and commentaries have been published in prestigious, international, peer-reviewed journals, including Nature.

A bookworm from birth, she wrote throughout her childhood and won two short story competitions in Italy in her teens. Gaia is an avid traveler, and many of her adventures are an inspiration for her fiction. Mostly she is passionate about people and the struggles they face to embrace life. Her highest hope is to reach and help as many as she can through her writing and her teaching. She authored the Indie Author Guide, the LGBTQ sci-fi fantasy Linked—Will Empathy Save the United Terrestrial Democracy?, The Italian Saga, a series of four novels that follows Leda’s adventures from childhood through the end of high school, and the Sonder Series, of which you just read volume one. The books, light-hearted and funny at first sight, deal with issues like sexuality, divorce, friendship, abuse, first love, and self discovery.

Posted by Anonymous at 6:53 AM