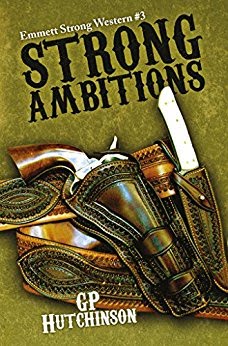 Tiny, yet prospering Benficklin, Texas, wants a clean, respectable town marshal to safeguard their pristine community from the kind of riffraff that turned neighboring Santa Angela into a raucous string of blood-spattered saloons and bawdy sporting houses. Former Texas Ranger Emmett Strong seems to be just the man Benficklin’s town fathers are looking for, once they’re satisfied that his Chinese wife, Li, is “sufficiently civilized.”

Reputations aside, Benficklin—not Santa Angela—is the town with the next scandal on its hands, when the ravaged body of a young, murdered Mexican girl is found lying in the middle of Main Street.

Initial signs suggest hard-drinking cowboy Quirt Langdon may have done the deed. Emmett, however, senses that things aren’t exactly as they appear. Nearby Fort Concho’s Captain Roderick Prentiss seems peculiarly interested in what is clearly a civilian case. And Santa Angela’s most eccentric resident gambler, Nate Chaffin, gives the impression he knows things he’s not telling. To top it all off, two of Benficklin’s leading citizens end up assassinated in their own backyard.

While local officials pressure Emmett to hastily hang either a suspect or a scapegoat, honor drives the former Ranger to seek true justice for the poor murdered girl, as well as for the two prominent citizens. Ill-tempered townsfolk, pilfered evidence, and somebody taking potshots at him and his wife make Emmett wonder whether he’ll live to unravel the mystery or become the next corpse folks find in the dusty streets of Benficklin.

Other Books in the Emmett Strong Westerns Series:

In 1876 the seemingly impossible happened in San Antonio, Texas--Emmett Strong, a prodigy of a pistolero, accidentally shot his own young wife in a showdown gone awry.

Five years later, death again visits Emmett's family. And now, want to or not, he's going to have to overcome his reluctance to draw his six-gun if he's to catch and bring to justice the crazed gunman who murdered his brother. The pursuit of his brother's killer takes him all the way to Nevada's Comstock country where the assassin has taken refuge with rich and powerful kin.

Unforeseen situations abound in Emmett's new surroundings, none more unexpected than forbidden love when he falls for Li Xu, the fascinating daughter of Chinese immigrants. But before the relationship has time to bloom, Li Xu disappears--kidnapped  along with five other young women.

Can Emmett afford to leave off the chase of his brother's murderer to search for and rescue the women? Can he afford not to? With success hanging on quick thinking and quick shooting, can he take one last shot at both love and retribution?

Strong Suspicions, the second Western by award-winning author GP Hutchinson, is a masterfully crafted barn burner of a story, certain to draw you in and leave you thirsting for more.

After pursuing a cold-blooded murderer all the way to Nevada, Texas Ranger Emmett Strong is returning home to San Antonio—but not alone. He’s found a girl he longs to marry. Finding someone to tie the knot for them is proving to be a challenge, however, owing to the fact that she's the daughter of Chinese immigrants.

Along the way, there's a ruckus in El Paso's Wild Hog Saloon, and by noon the next day, folks are convinced it was Emmett and his compadres who robbed the saloon owner and beat him unconscious. They want Emmett on the end of a rope.

Meanwhile, a bested enemy, set on revenge, hires the notorious fast gun "Three-Finger" Ned Cage to dispatch Strong, his amigos, and even his girl.

When the only way out of trouble is to head smack-dab back into the middle of it—beautiful young woman in tow—a cool-headed pistolero like Emmett Strong becomes a force to be reckoned with. But will the vicious array of enemies prove to be too much this time, even for Strong? 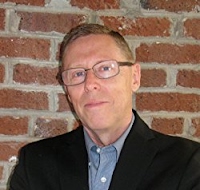 GP Hutchinson fell in love with the Old West decades ago—the gritty reality of the era, the daunting yet breathtaking scope and scale of the land, and the colorful (if somewhat fanciful) tales of heroes and heroines who overcame the odds. Texas was his home for a few years, and subsequent visits to states throughout the West only served to deepen his enthusiasm for the region and his appreciation of its people. In 2015 he published his first Western novel, Strong Convictions, which won him the Western Fictioneers Peacemaker Award for Best First Western of that year, as well as a National Indie Excellence Award. Strong Suspicions, the second volume in the Emmett Strong Western series, garnered a Gold Medal in the 2016 Readers’ Favorite International Book Awards. Regarding Strong Convictions, Classic Western film star Alex Cord wrote, “GP Hutchinson has the gift to tell a compelling tale, enlighten you without preaching and keep you on the edge of your seat. He takes you on unexpected trails populated by flesh and blood characters of depth and substance.” A graduate of Louisiana State University and Dallas Theological Seminary, Hutchinson has lived in Costa Rica and Spain. He currently resides in upstate South Carolina with his wife, Carolyn. Besides writing, he enjoys spending time in the mountains and horseback riding whenever the opportunity arises.