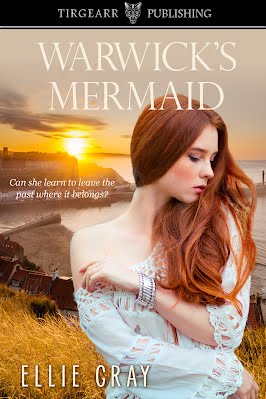 Having escaped an abusive relationship, Chloe MacGregor is determined to put the past behind her. The little cottage high up on the cliffs overlooking the beautiful North Yorkshire town of Whitby is her safe haven, somewhere she is free to be herself.

When the arrival of her new neighbour and boss, Luke Warwick, threatens her peaceful, sheltered life, Chloe is forced to confront her past and to re-evaluate who she really is. Falling in love with Luke is not part of her plan but, to her surprise, Luke is falling for her too. The only thing preventing their happy ever after is Chloe herself. Will she ever truly learn to leave the past where it belongs?

Chloe stared at the bright blue front door, not quite sure if she was willing it to open or remain shut. Cerulean Bliss. She had been drawn to the name, conjuring up images of crystal clear Mediterranean Sea, sandy beaches, and cloudless skies. Chris had appeared amused by her decision to choose the paint based on the name rather than the colour.

But when he’d returned from a boys’ weekend away to find Chloe had painted the door, it had been a different story. He had flown into a rage, claiming she hadn’t consulted with him on the colour and had gone behind his back, waiting until he was away to make changes to his house. That was the first time she had been on the receiving end of his anger; the first time she had been frightened and confused by his apparent about-turn on something he had previously agreed to. It hadn’t been the last time.

Chloe glanced at her watch, frowning when it showed only a minute had passed since she had last looked. The frown deepened when she lifted a hand to rub her eyebrow and saw how much her fingers were trembling. A gentle hand touched her forearm and she looked up to meet her friend’s calm gaze.
‘Don’t worry. It’s going to be fine.’
Chloe shook her head, unable to prevent her gaze from returning to the front door only twenty or so metres from where they were sitting in her car. What if he glanced around and saw her? What if he didn’t?

‘What am I doing, Bekah?’ She dropped her head in her hands, squeezing her eyes shut and immediately wincing as that small movement resulted in more pain than it should.

‘The right thing, that’s what.’ Rebekah rubbed her friend’s forearm. ‘Come on, Chloe. We talked about this.’

‘I know, I know we did.’ Chloe lifted her chin, but didn’t remove her gaze from the door. ‘I just…I keep thinking about it, over and over. He’s not always that bad, not really, and I think…I think maybe it was my fault.’

Chloe didn’t have to see her friend’s face to know she was angry; she could feel it radiating from her in waves. Rebekah remained silent and reached across to pull down the sun visor in front of Chloe, lifting up the small flap covering the vanity mirror.

‘There is nothing you could have done that would ever justify what he did to you. Nothing.’

Chloe stared at her reflection, taking in the dark purple bruise circling her left eye—now bloodshot and half-closed—the ugly graze reaching across her cheekbone and further down to the swollen and split bottom lip. Without thinking, she licked her lip. The tip of her tongue slipped over the injury, and she drew in a sharp breath at the sting it produced.

She met her gaze in the mirror once more, noting the confusion and uncertainty dulling their green hue. ‘I know. But it’s not usually this bad. He pushes me around a bit sometimes, nothing major, and he says things…you know, usually when he’s had a drink.’

‘That doesn’t make it right. You know that.’ Rebekah blew out a long breath. ‘I can’t believe you never told me.’

Chloe avoided her friend’s accusing gaze. What could she have told her? That Chris was proving her mother right? That she wasn’t woman enough for any man?

‘It doesn’t matter now anyway. I—’ She drew in a strangled breath as the front door opened and, shrinking down a little in her seat, Chloe prayed he wouldn’t glance down the street and recognise her car among all the others parked along the kerb.

As she watched, Chris locked the door before turning and sauntering along the path, tossing his keys in the air and catching them, his lips pursed as he whistled. Chloe couldn’t hear from this distance, but she knew he would be whistling the tune to whichever song had been on the radio before he left the house. She glanced at her watch once more; 8.15am on the dot. Chris was a creature of habit.

‘Bastard.’ Rebekah thumped the dashboard in obvious frustration as he got into his car without glancing left or right before driving off. ‘Look at him, acting as if he hasn’t a care in the world. You should have let Sean come round last night and hammer ten bells out of him, see how he liked it.’

Chloe gave a weak smile. ‘I don’t suppose that would have solved anything.’

They sat in silence for a few minutes before Rebekah finally opened her door.

Chloe bit her lip and immediately winced in pain, wishing she hadn’t. Gingerly exploring her lip with her fingers, she saw they were stained with blood, and stifling a sigh, searched in her bag for a tissue.

‘What if he comes back? What if he’s forgotten something?’

Two minutes later, Chloe unlocked the door with trembling fingers, her heart thumping painfully in her chest as she pushed it open. Cerulean Bliss. It conjured up no happy thoughts for her now. It hadn’t done from the moment Chris had returned from his weekend away. When she hesitated on the step, Rebekah gave her a gentle shove, propelling her into the hallway.

‘Well, we can’t stand in the doorway all day.’ Rebekah glanced around. ‘Okay, so where first? In here?’

Rebekah gestured to the living room but Chloe shook her head immediately. She wasn’t ready to face that room, not yet. Instead, she walked over to the bottom of the stairs and, after a moment’s hesitation, shouldered her overnight bag and ran lightly up to the first floor. Ten minutes later she reappeared and joined Rebekah, where she was waiting patiently in the hall.

‘Almost.’ Chloe licked her lip, the sharp sting and coppery taste of blood reminding her why she was doing this. Taking a deep breath, she walked into the living room where her gaze was immediately drawn to the coffee table. It looked as tidy as ever, with the magazines and books neatly stacked in one corner. In her mind’s eye, she replayed the moment Chris had finally tipped over the edge.

It was football this time; football and beer. His team had lost and, downing his fifth can of beer, he had turned to her, obviously looking to pick a fight so he could vent his frustration. Chloe couldn’t remember what it was he had said, but she had responded non-committally before asking him if he wanted a coffee – a somewhat obvious effort to change the subject. But he hadn’t let it drop, blocking her path as she tried to walk into the kitchen. Her stomach rolled as she recalled Chris pushing his contorted face into hers as he yelled at her through gritted teeth, backing her up against the wall and knocking over the plant stand by the fireplace as he did so.

She closed her eyes. It had been her fault. If she had just let him carry on, he would have calmed down eventually. But she hadn’t. She had pushed him away, pushed at his chest as he crowded in on her. And that was all it had taken. Any ounce of self-control Chris might have had went flying through the window, just as she went flying through the air when he grabbed her hair and threw her across the room.

She could remember lying on the floor in a daze, wondering what had happened, and Chris dragging her to her feet before punching her in the face. That was when she had fallen across the coffee table, her cheek grazing the corner as it tipped over and spilled the magazines to the floor. A kick to the ribs for good measure had followed, with Chris standing over her, his breath coming in harsh rasps, before he turned away and went upstairs, hissing, ‘You’re not worth the effort.’

Rebekah’s gentle voice broke into her thoughts and Chloe blinked, unable to speak for a moment. ‘Um… yes. I just need a couple of things from here.’

She hurried over to a bookshelf and took a handful of books before casting a final glance around the room, sick with fear that Chris might return at any moment. There was very little here that she could call hers; Chris’s minimalist taste left little room for any of her personal items. Anything she had bought herself had either mysteriously gone missing or been accidentally broken.

Sorry, babe, don’t know what happened there. Never mind, it wasn’t expensive, we’ll get you something else.

‘I think that’s it. There’s nothing else here I want.’ Following Rebekah out of the house, Chloe locked the door and posted the keys through the letterbox. With a final look along the street, she walked back to her car. She was worth more than that. 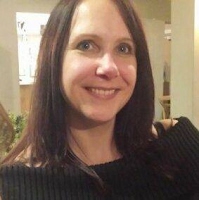 I’m a contemporary romance author, published with the lovely Tirgearr Publishing, and am a proud member of the Romantic Novelist Association. I live in the beautiful East Riding of Yorkshire in the UK and, although I work full-time in the public sector, my favourite pastime, when not writing, is wandering around old stately homes.

My debut novel, Beauty and the Recluse, was published in February 2016, closely followed by my second, Love on the Nile, which was released in the Summer of 2016. My third novel, Warwick’s Mermaid, was  published in October 2017.

A few random pieces of information about me: