The Best Seller:
Book One Of Two

When Maya Smock writes her first novel, everything seems to go her way. Her book practically writes itself. She marries her gorgeous agent. Her name is on all of the best seller lists. Billionaire author Jay McCallister takes an interest in her meteoric rise to fame and invites her into his world of alien-believing celebrities. Her life changes forever when he tells her that they were both created inside of a laboratory. These authors are embedding an alien genetic code within the pages of their novels that originated from Nazi Germany because...

The time has come. They are here. 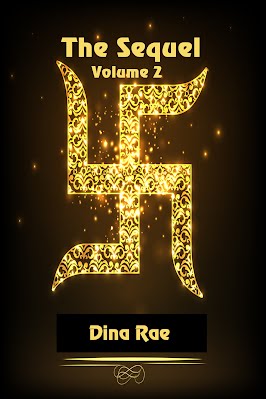 The Sequel:
Book Two of Two

Maya Smock gets inside of a time capsule and travels back to 1944 Germany. A Nazi doctor forces her to meet his superiors, proving to them all that his invention works. Hitler studies Maya like a laboratory rat at his Eagle’s Nest and then introduces her to the Reptilians. She plummets deep into the hollow earth. Will she ever get home? Only Maya’s next novel can show her friends how to get her back.

As Operation Chrome expands, General Andreas steals more babies. He believes that he is saving them from an extraterrestrial agenda connected with World War II. The hybrid babies have grown.

They are here. They will take what is theirs.

Dina Rae has written seven novels. She lives with her husband, two daughters, and two dogs outside of Dallas. She is a Christian, avid tennis player, movie buff, teacher, and self-proclaimed expert on several conspiracy theories. She has been interviewed numerous times on blogs, newspapers, and syndicated radio programs. She enjoys reading about religion, UFOs, New World Order, government conspiracies, political intrigue, and other cultures. The Sequel, Volume 2 of The Best Seller series, is released by Solstice Publishing.

Posted by Anonymous at 5:35 AM