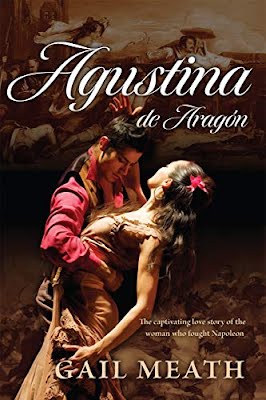 Barcelona, Spain, 1803. Agustina Saragossa, the youngest daughter of a bladesmith, sneaks around the military barracks, yet not to snag a husband as everyone thinks. She loathes the privileged officers and untrained peasants who call themselves soldiers. Her only purpose is to remain abreast of all military secrets as Napoleon Bonaparte swiftly rises through the French ranks.

The chance meeting between Agustina and Spanish Sergeant Juan Roca enrages her while he is instantly struck by the dark-haired beauty with fire in her blood. Relentlessly, he pursues her, despite her fury, and the sparring begins between them.

As the war between the British and French progresses, Spain becomes trapped in the middle until Napoleon deviously orders the invasion of their country. Yet, the French Emperor soon discovers the task is not so easy when Agustina and Juan heroically join the fight for freedom. 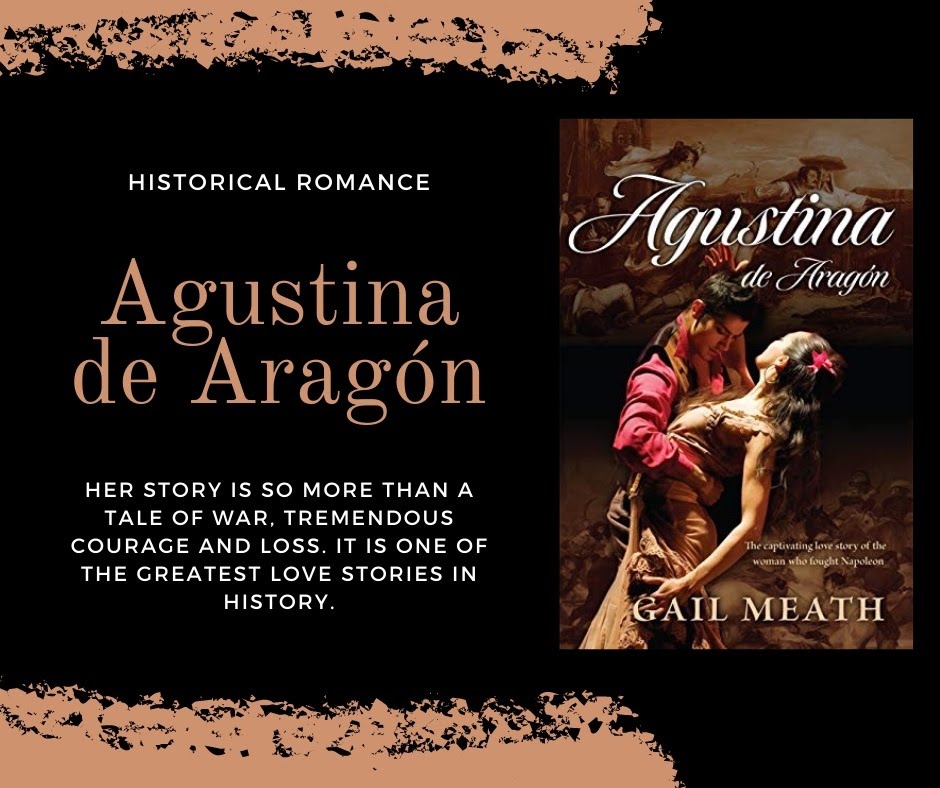 Lucia hurried to the front window of her parents’ meat market and peered outside. “There she is again, Mamá! Every morning the old woman strolls barefooted around the

Portillo and so proudly with her head held high and a contented smile on her face. You would think she carried the world in her pocket.”

Isabel smiled as she continued working behind the counter. “Oh, but she does, my daughter. Yet, not in her pocket. It is draped about her neck and pinned to her blouse.”

Lucia squinted, trying to see what she spoke of. “I only see those gaudy necklaces and brooches.”

“They are anything but gaudy. Those are precious medals of heroism gifted to her by the highest courts of Spain.”

Lucia looked over at her mother and laughed. “You are poking fun, Mamá. She is an old woman and so penniless, she cannot even afford a pair of shoes! I know she

lives in that tiny cottage on the outskirts of town. Eugenio and I followed her once. She walks and walks, then just sits upon her porch all day. She is no one special.”

Isabel shook her head, untied her apron, and joined her daughter. When she glanced out the window and saw the woman, it took her a moment to speak. “I have

told you so often, Lucia, do not judge by your eyes alone. There is so much you cannot see. That dear woman deserves our utmost respect and devotion.”

Lucia frowned. “For what?”

“For her remarkable heroism during the most devastating war in our history. If not for her, we Spaniards could not hold our heads up so high with pride.”

Lucia fell silent for a moment, puzzling over her words. “You never mentioned her to me before.” “I have been waiting for the right time to tell you. You are barely fourteen. Yet

perhaps the time has come. She was only a few years older than you when her story begins.”

Isabel watched the precious woman walk over to the riverside and toss a few seeds to the ducks and gulls. She remembered when her mother first told her the story and

how captivated she was by it. Finally, she wrapped her arm around her daughter and looked into her beautiful brown eyes.

“Her story is so much more than a tale of war, tremendous courage and loss. It is one of the greatest love stories you will ever hear. And it cannot be told without

including the latter which is why I waited. But you, especially, will find it fascinating, Lucia. Already, I see similar fire and passion in you.”

Her mother’s words captured her attention, and she was bursting with curiosity.

“Agustina Raimunda Saragossa. While she is no one, she is everyone. Come. Your father and brother will be fishing for a few more hours. Let us sit at one of the

tables and I will fill your ears with such a beautiful story you will never again look upon that old woman as you did today."

Gail Meath is an award-winning author. She writes historical romance fiction with characters who come to life and stay with you long after you're finished reading. Her subgenres include westerns, murder mysteries and biographies. And her meticulously researched historical facts are sifted throughout each book, educating readers along the way without them even knowing it.