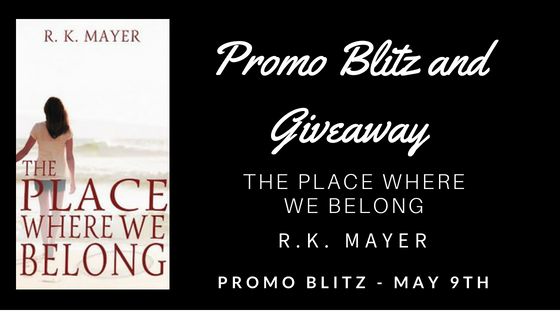 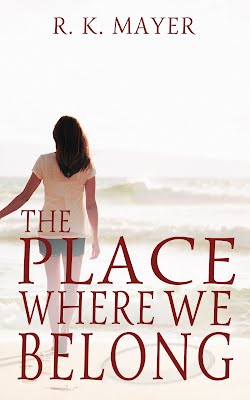 Why is starting over so complicated? After an amicable divorce, Tamara is ready to move on. She has loving friends, a meaningful job and a comfortable life. And yet, while everything seems to be in its correct place, she has the distinct feeling that nothing is as it should be. Feeling like she is losing control, Tamara struggles to answer a really difficult question: what does she really want? The Place Where We Belong is a novel about self-acceptance, belonging, friendship and love.

I don’t care how old you are, where you are from, or what your profession is, I think humans have one thing in common: the need to belong. I am no different. It’s not so much a dependency; it’s more like an instinct. Despite human evolution over the past million years, we still remain pretty tribal. With me, the need to belong conflicts with the fact that – as my friends say – I am “all angles and edges.” I don’t fit in anywhere very easily. I don’t try to be this way; I just am. I think this was what David initially found so attractive. He was so trapped in making people like him, being acceptable and acquiescent, that for him, I was a breath of fresh air. I was someone who could tell the electrician not to bother to come inside since he was late, or someone who was not scared to tell his parents that no thank you very much, but we will not be coming to dinner. In many ways, I was able to say and do things that he couldn’t. He allowed me to become his mouthpiece, at first in situations of conflict and then in uncomfortable places, and then more or less all the time. Suddenly he realized that he had lost his voice all together. I guess that over time, my directness became less and less charming for him and more of a burden – a reminder that his own voice was sublimated. Until one day, it wasn’t anymore.

So at the age of twenty-eight, I found myself newly divorced and wondering what to do next. I don’t know if there is a code book for the newly divorced, but the gravitation to the tribe was stronger than anything that I can remember. To not be alone. To be out on the market. Single again is like having the scarlet letter “A” branded on your forehead: Alone, Anguished, Awkward . . . not belonging to the tribe, on the outskirts of civilization. So I grew out my pixie short hair, bought a few new pairs of jeans and tops to herald in a new era, and went to live in that infamous city of singles: Tel Aviv.

R. K. Mayer was born in Cape Town, South Africa. She has been a teacher, a technical writer and a product manager. Her most short-lived job was in a clothes shop, where she lasted a grand total of two and a half hours. Her last "real job" was being a manager of some wonderful people across the globe, as well as being a lead and advocate for digital transformation in the software industry. Since leaving the corporate world, she is now a Change Management consultant, blogger, novelist and a serial volunteer in her community. In her novels, R. K. Mayer combines her understanding and perspective about how people are affected by change, and her love for storytelling.

R. K. Mayer lives in Israel with her husband and three children. Her latest novel is "The Place Where We Belong." Her first published novel was: "The Perfection of the Glass Lemons."