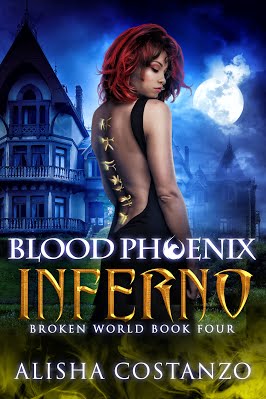 Ria questions her own humanity when she finds herself aligned with Phea, the vampire queen—a woman who’s tortured her and her friends for months.

As all of her secrets unravel around her, Ria is forced to conform or sacrifice the people she loves.

If she doesn’t find a way to break their alliance, the balance of the universe will plunge deeper into chaos, and no one will be safe.

With a sprinkling of Twilight, a bite of Anita Blake, and a smattering of satirical Buffy the Vampire Slayer, you won't want to miss this dark and witty vampire series. 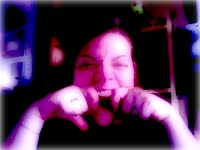 Wife of a disabled veteran, Alisha Costanzo writes about PTSD, environmentalism, violence, and conformity. With a mutually-fueled passion to change the world one person at a time, she often writes about her husband’s rants, conspiracy theories, and trains of logic that seem absurd until the connections line up, and mixes them into her obsession with cooking, coffee, and pop-culture monsters.