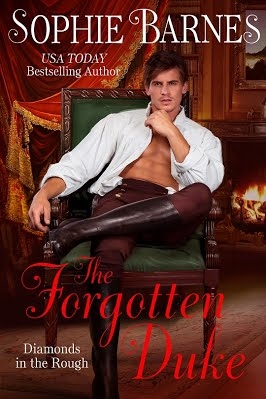 He never imagined he'd be the man he was born to be, or that one woman's faith in him would change his life forever…

When Carlton Guthrie, the Scoundrel of St. Giles, encounters a runaway bride, he offers to help her. Not out of kindness, but because she's the Earl of Hedgewick's daughter. Using Regina to exact his revenge on her father seems like the perfect plan. Until Carlton starts to fall for the innocent beauty.

Seeking refuge with a notorious crime lord, was never part of Regina's plan. But in her blind attempt to escape the fate her parents have planned for her, options are limited. What she doesn't expect, is to pull aside Carlton's facade, and to find a tormented man who makes her feel safe and cherished – a man she could easily love, if he'll let her. 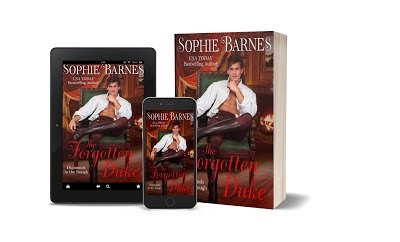 Other Books in the Diamonds In The Rough Series:

A Most Unlikely Duke
Diamonds In The Rough, Book 1
Publisher: Avon
Published: June 2017

He never thought he'd become a duke, or that the secrets of his past would cost him his greatest love...

Raphe Matthews hasn’t stepped foot in polite circles since a tragedy left his once-noble family impoverished and in debt. The bare-knuckle boxer has spent the last fifteen years eking out an existence for himself and his two sisters. But when a stunning reversal of fortune lands Raphe the title of Duke of Huntley, he’s determined to make a go of becoming a proper lord, but he’ll need a little help, and his captivating neighbor might be just the woman for the job…

After her sister’s scandalous match, Lady Gabriella knows the ton’s eyes are on her. Agreeing to tutor the brutish new duke can only lead to ruin. Although she tries to control her irresistible attraction to Raphe, every day she spends with him only deepens her realization that this may be the one man she cannot do without. And as scandal threatens to envelop them both, she must decide if she can risk everything for love with a most unlikely duke.

The Duke of Her Desire
Diamonds In The Rough, Book 2
Publisher: Avon
Published: December 2017

When Thomas Heathmore, Duke of Coventry, agrees to steer his friend’s inexperienced younger sister through society, he doesn’t expect the lady in question to be so infernally stubborn. Amelia Matthews seems to have little interest in balls or suitors at all. Instead, she intends to open a school, and against his better instincts, Thomas offers to help. Yet somewhere along the line, Amelia ceases to be a simple responsibility . . . and becomes an undeniable temptation.

Since her brother inherited a dukedom, Amelia’s prospects have transformed. But though she’s long been secretly infatuated with Thomas, she refuses to heed the arrogant aristocrat’s advice. If only it were as easy to ignore his heated touch. And as Amelia soon learns, the ton is a minefield, where one moment’s indiscretion can unleash a scandal—or entice her to surrender everything to the duke of her desire . . .

United in a common cause…

Lady Juliette Matthews longs to be much more than just another pretty ornament in society. But using her recently acquired fortune to do some good is more complicated than she anticipated. Young ladies are not expected to risk their safety in helping the less fortunate. And the one gentleman who could help in her mission is stubborn, infernally handsome—and far too honorable to act on their mutual attraction.

And in a desire impossible to deny…

Florian Lowell has suddenly been made heir to the Duke of Redding—a far cry from his status as a dedicated physician. Yet even with his new role as the country’s most eligible bachelor, the beautiful, fearless Juliette is utterly beyond his reach. The scandalous circumstances of his birth would destroy both their reputations if they became known. But when a more urgent danger threatens Juliette’s life, Florian must gamble everything…including the heart only one woman can tame.

A woman with a shocking past…

Branded a money-hungry con artist for marrying the elderly Duke of Tremaine days before his death, Viola Cartwright has found refuge in her work at St. Agatha’s Hospital. No one must know the painful reason behind her marriage. She steers clear of attachments—until Henry Lowell, heir to the Viscount Armswell, lands on her operating table after a duel. Charming and wickedly handsome, Lowell is one of London’s most inveterate scoundrels. Yet he may not be all that he appears.

And the man who can promise a future filled with love…

Posing as an unrepentant rake has helped Lowell avoid women pursuing him only for his title. But now that duty has finally called on him to marry, he finds himself entranced by the mysterious, independent-minded Viola. Then her late husband’s son returns from overseas, contesting Viola’s inheritance. Lowell longs to help her and sets out to convince Viola that a strategic union may be the best way to save all she holds dear. But can he also persuade her to take a chance on love…? 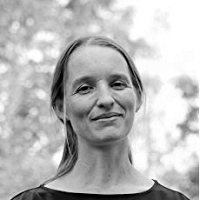 USA Today Bestselling Author, Sophie Barnes, has spent her youth traveling with her parents to wonderful places around the world. Born in Denmark, she has studied design in Paris and New York and has a bachelor’s degree from Parson’s School of design, but most impressive of all – she’s been married to the same man three times, in three different countries and in three different dresses. While living in Africa, Sophie turned to her lifelong passion – writing.

When she’s not busy, dreaming up her next romance novel, Sophie enjoys spending time with her family. She currently lives on the East Coast.