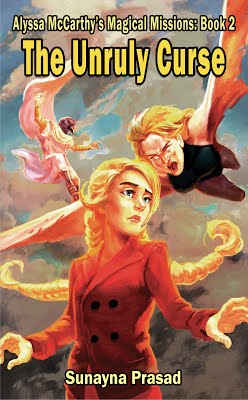 History, like magic, has a habit of repeating itself...

Originally published in 2016 as “Wizardry Goes Wild” and “The Uncontrollable Curse” in April 2019, “The Unruly Curse” is book two in the exciting and suspenseful paranormal Magical Missions series.

Sunayna Prasad is passionate about fantasy and magic in fiction. She has also written the previous installment, "The Frights of Fiji" and enjoys worldbuilding. She lives in New York.