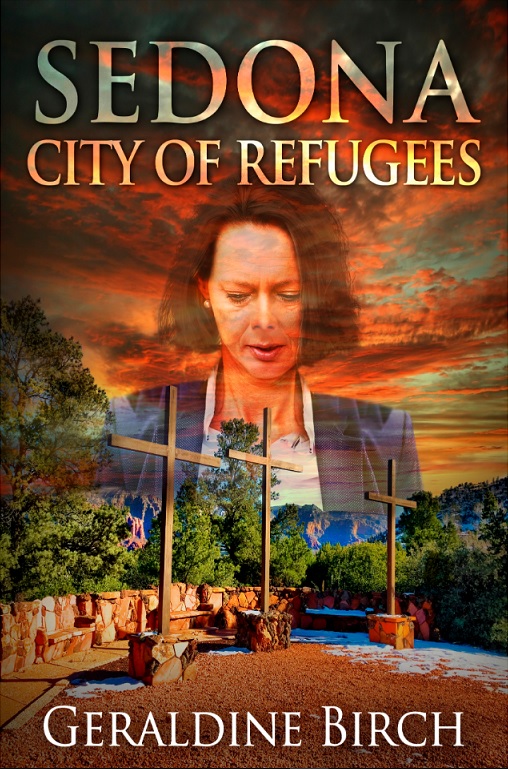 Set amid the red rock beauty of Sedona, Arizona, this is the story of a widowed middle-aged newspaper reporter searching for God and herself amid the rubble of her life.

Kathleen Sullivan Buckley writes profiles for a small newspaper about various characters that inhabit the tourist community. Running parallel to her articles is Kathleen’s own story: She is a fallen-away Roman Catholic attempting to deal with her loss of faith; she feels spiritually buffeted by her married lover’s powerful born-again Christian beliefs and the persistent philosophies of the New Age that constantly swirl about Sedona. Meanwhile, her brother-in-law is working his political machinations to get her thrown off her late husband’s will so he can conclude a devious land trade with the U.S. Forest Service.

Sedona: City of Refugees is a biting look at a modern-day American tourist community caught in the throes of change. Sedona—considered by many to be more stunning than some of America’s national parks—draws more than four million tourists a year. But beneath the surface splendor of the scenery, Sedona is torn by deep conflict, with each political and spiritual faction hustling their individual philosophy.

As the novel moves toward its climax, Kathleen uncovers a scheme by her brother-in-law that will adversely affect land near Sedona. In a race against time and the elements to get the story into print, Kathleen comes face to face with a decision she must make about the value of her own life. 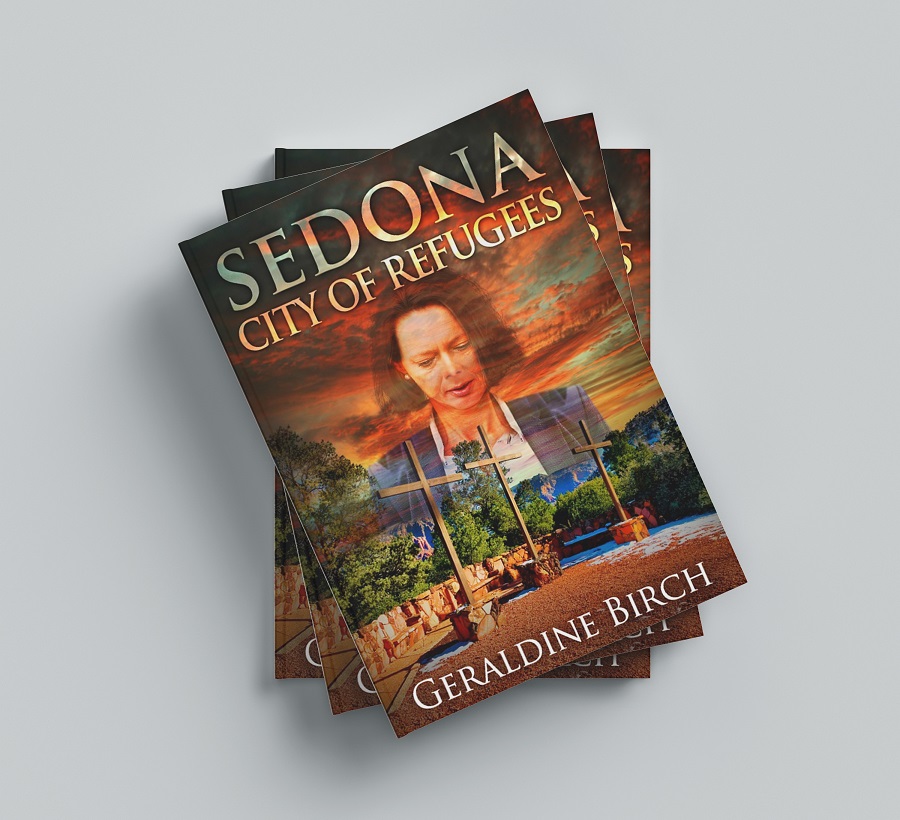 Geraldine Birch has been a newspaper reporter most of her life, having worked for various community newspapers in Southern California and Arizona. Her work included a ten-year stint as a free-lance writer for the Los Angeles Times.

In 1991, she moved to Sedona, Arizona, where she worked as a reporter, editor, and political columnist for the Sedona Red Rock News. Birch’s political column “Gerrymandering,” was awarded a first place national award by the National Newspaper Association.

Her writing has also appeared in the Arizona Republic, the Christian Science Monitor, Opium, Six Hens, and Fiction Attic Press. She is the author of three books, The Swastika Tattoo, a historical fiction; Vision of a Happy Life: A Memoir; and Sedona: City of Refugees, a fictional romance set in Sedona, Arizona