BLOOD MONEY is the true legal thriller of a terrifying David vs. Goliath fight against massive healthcare fraud by a brave Whistleblower.  It includes attempted murder, extortion, money-laundering, fraudsters hiding money in the Cayman Islands, gold buried in a storage container in a CEO’s backyard, an Assistant Attorney General sabotaging her state’s case, and a corrupt Governor torpedoing litigation by his own Attorney General.  From Silicon Valley to the Sunshine State, in a showdown that reads like a Hollywood movie, Chris Riedel survives to share it all. His actions have resulted in more than $550 million in settlements and a court verdict... and counting. 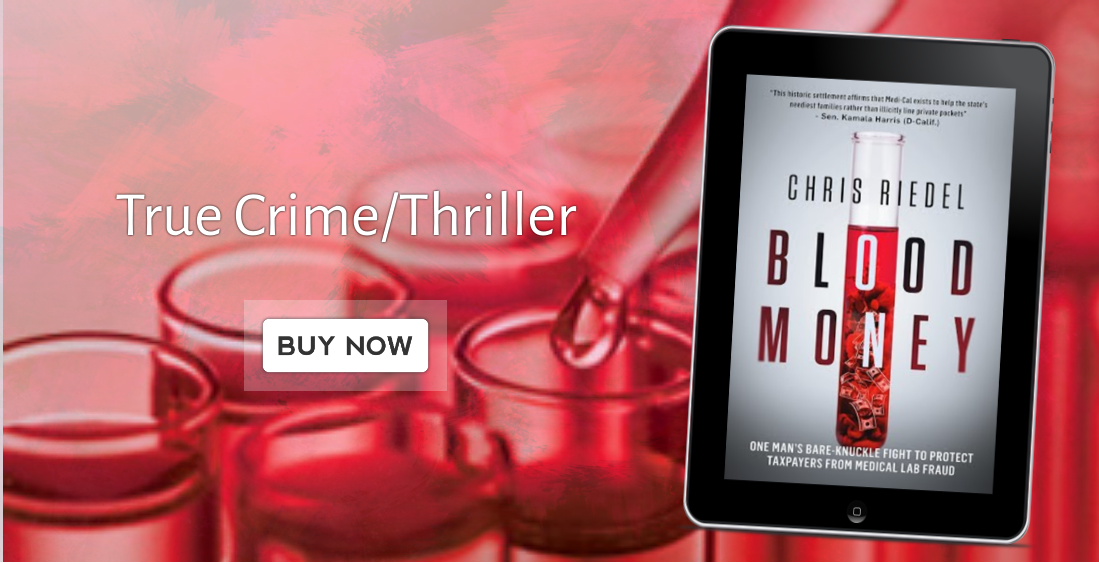 CHRIS RIEDEL is a Silicon Valley entrepreneur who has founded five healthcare companies and served as the Chairman and CEO of all.  Chris achieved the Silicon Valley dream when he took his third company public in 1991.  A few months later, it was ranked by Business Week as the 40th best small company in America.  Soon after founding a fourth company, his battle against healthcare fraud began.  In 2011, he received the Taxpayers Against Fraud Whistleblower of the Year award.

October 16 - Momma Says to Read or not to Read - Spotlight

October 19 - B for Book Review - Excerpt

November 5 - On a Reading Bender - Review