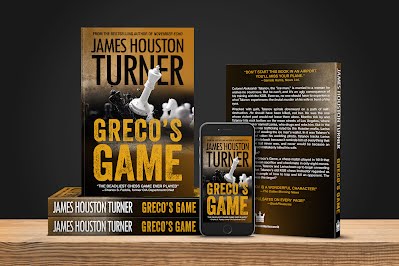 Colonel Aleksandr Talanov – the “ice man” – is married to a woman he wishes he could love. But he can’t, and it’s an ugly consequence of his training with the KGB. Even so, no one should have to experience what Talanov experiences: the brutal murder of his wife in front of his eyes.

Wracked with guilt and suspected of plotting her death, Talanov spirals downward on a path of self-destruction. He should have been killed, not her. He was the one whose violent past would not leave them alone. Months tick by and Talanov hits rock bottom on the mean streets of Los Angeles, where he meets a hooker named Larisa, who drugs and robs him.

But in the seedy world of human trafficking ruled by the Russian mafia, Larisa made the mistake of stealing the ice man’s wallet. In it was Talanov’s sole possession of value: his wedding photo. Talanov tracks Larisa down to get that photo because it reminds him of everything that should have been but never was, and never would be because an assassin’s bullet had mistakenly killed his wife. Or was it a mistake?

The answer lies in Greco’s Game, a chess match played in 1619 that is famous for its queen sacrifice and checkmate in only eight moves. In an unusual alliance, Talanov and Larisa team up to begin unraveling the mystery of what Talanov’s old KGB chess instructor regarded as the most brilliant example of how to trap and kill an opponent. The question is: who was the target? 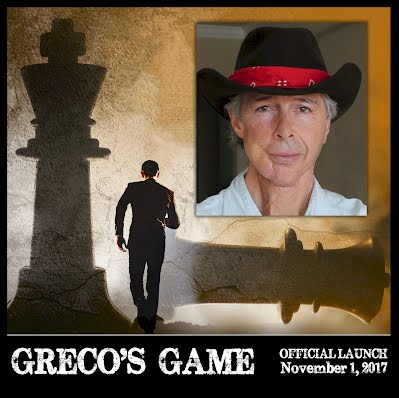 James Houston Turner is the bestselling author of the Aleksandr Talanov thriller series, as well as numerous other books and articles. Talanov the fictional character was inspired by the actual KGB agent who once leaked word out of Moscow that James was on a KGB watch-list for his smuggling activities behind the old Iron Curtain. James Houston Turner’s debut thriller, Department Thirteen, was voted “Best Thriller” by USA Book News, after which it won gold medals in the Independent Publisher (“IPPY”) Book Awards and the Indie Book Awards. His novel, Greco’s Game, has just been optioned for film. A cancer survivor of more than twenty-five years, he holds a bachelor’s degree from Baker University and a master’s degree from the University of Houston (Clear Lake). After twenty years in Australia, he and his wife, Wendy, author of The Recipe Gal Cookbook, now live in Austin, Texas.