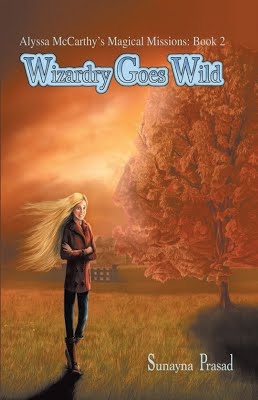 After months of living a normal life, thirteen-year-old Alyssa McCarthy faces magic again. Only this time, though, she is cursed with it, thanks to an old depressed skeleton named Errol. Alyssa's time with her godfather, Alex, will never be the same again, as she can perform sorcery, but never control it. From letting out enchantments at school to creating outdoor disasters, Alyssa is bound to face consequences. She can only get rid of her powers if she can boost her confidence levels and improve her bravery. But it's not as easy as it sounds. She must measure those abilities with a special device called a skillometer. Will she be able to get rid of her unwanted wizardry? 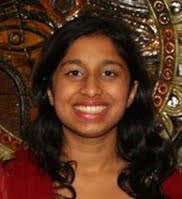 Sunayna Prasad is a college student studying art. In her free time, she likes to write fiction. She is also the author of From Frights to Flaws, which is the first installment of the series, Alyssa McCarthy's Magical Missions. Sunayna lives in New York with her family.