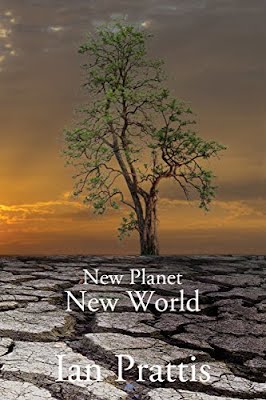 Ian Prattis transports you to a faraway planet. Earth is dying due to Humankind’s damage to the environment. The clash of cultures, late in the twenty first century, opens this epic novel of pioneers establishing community in a nearby galaxy.

This futuristic finale of a trilogy stands on award winning books Redemption and Trailing Sky Six Feathers. Buy a print copy and receive the two prior books for free. 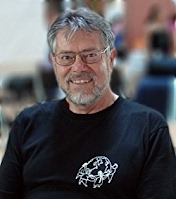 Dr. Ian Prattis is Professor Emeritus at Carleton University in Ottawa, Zen teacher, peace and environmental activist.  Born in the UK, he has spent much of his life living and teaching in Canada. His moving and eye-opening books are a memorable experience for anyone who enjoys reading about primordial tendencies. Beneath the polished urban facade remains a part of human nature that few want to acknowledge, either due to fear or simply because it is easier to deny the basic instincts that have kept us alive on an unforgiving earth. Prattis bravely goes there in his outstanding literary work.

He is an award winning author of fifteen books. Recent awards include Gold for fiction at the 2015 Florida Book Festival (Redemption), 2015 Quill Award from Focus on Women Magazine (Trailing Sky Six Feathers) and Silver for Conservation from the 2014 Living Now Literary Awards (Failsafe: Saving the Earth From Ourselves). His book Redemption is being made into a movie. His poetry, memoirs, fiction, articles, blogs and podcasts appear in a wide range of venues. A Poet, Global Traveler, Founder of Friends for Peace, Guru in India, and Spiritual Warrior for planetary care, peace and social justice, he offers public talks and retreats all over the world. Ian lives in Ottawa, Canada and encourages people to find their true nature, so that humanity and the planet may be renewed. He mostly stays local to help turn the tide in his home city so that good things begin to happen spontaneously.