PROMO Blitz: Love in the Cretaceous by @robertsons23 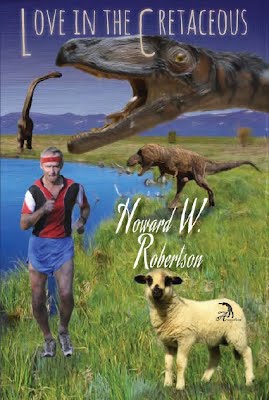 Love in the Cretaceous akes place in a dinosaur park in Oregon a hundred years in the future. Ted Beebe has lost the love of his life and must suddenly find his way alone in old age. He finds young people to take the place of his wife and himself in assuring the survival of Cretaceous World, the park his wife and he created. Global warming has proceeded as predicted, and the fate of Homo sapiens has become obviously uncertain. People come to see the genetically engineered recreations of dinosaurs and are made more aware of humanity’s own vulnerability to extinction. Ted succeeds in creating a new family structure whose three generations will guide the park through the immediate future. He also keeps alive his wife’s memory while coping with the challenges of the uncertain future.
Excerpt 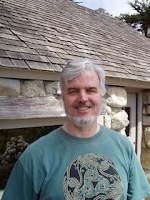 Howard W. Robertson lives in Eugene, Oregon, where his ancestors arrived as members of the Lost Wagon Train of 1853. He has previously published two books of fiction and ten books of poetry. He has won the Sinclair Poetry Prize, the Robinson Jeffers Prize for Poetry, the Bumbershoot Award, and numerous other competitions. His work has been published in Nest, Literal Latté, Nimrod, Fireweed, and many other journals. His poetry has been anthologized in many collections, including The Clear Cut Future and The Ahsahta Anthology: Poetry of the American West. His work has been deeply influenced by a lifelong love of Russian literature. For more about Howard W. Robertson, see his webpage: www.howardwrobertson.com.