PROMO Blitz: Enduring You by @stheller16 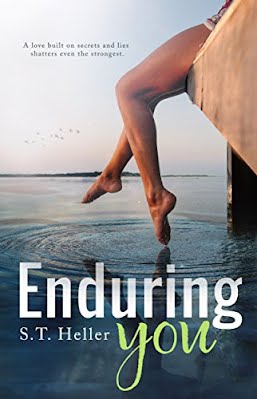 Do any of us truly know the people we love and trust?
Keegan Henderson married the love of her life—twice.

An intelligent and high-spirited thirty-four-year-old, Keegan finds herself once again living with her parents while juggling her duties as a mother to her preteen son and discovering who she is as a newly single woman.

Her ex-husband, Will, a state police investigator working undercover, is a man with a past. His buried secrets are catching up with him, forcing their way into his present, and as a result, he chooses to deceive those he loves in order to protect them.

On her journey to moving on, Keegan has a chance meeting with Jack Grady, a local firefighter, and their attraction to each other is one that neither can deny. But Jack also has baggage of his own that is proving to be too much for Keegan to handle.

As their vulnerabilities are exposed, a series of unexpected events occurs, shattering lives along the way.

Other Books in the Dock Series:

Keegan and Jack find their way back to each other and start a new life together as man and wife, thinking that all their pain from the past is behind them.

Keegan tries to build a future with Jack but is distracted by the many unanswered questions that she still has about her ex-husband, Will Henderson’s death. A state police investigator, Will was shot and killed at the hand of his childhood friend and drug dealer Troy Martin while working undercover. To help find the answers she seeks, Keegan decides to write the book, Ultimate Cost. Keegan’s book reunites her with a former boyfriend who provides new opportunities that she never before envisioned for herself.

In the meantime, a woman from Jack’s past reenters his life, only for him to discover that she has been harboring a secret ever since their breakup eighteen years ago.

Keegan’s and Jack’s happiness is put in jeopardy as their heartaches of yesterday continue to haunt their dreams for tomorrow. 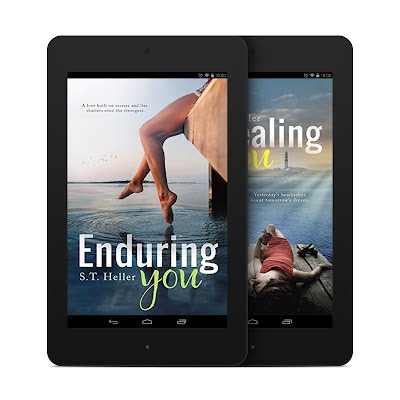 S.T. Heller was born and raised in Maryland. She now lives on a lake in southern Pennsylvania with her husband and dog. Retired from a local school system, she has two children and five grandchildren. Along with enjoying fun times on the lake with family and friends, her other pastimes include quilting and making pottery. She loves the sound of her grandchildren’s laughter, daydreaming on a beach by the water’s edge, getting lost in a good book, and floating on the lake at sunset.