PROMO Blitz: Maria is My Pal by @solomonm01 #excerpt #childrens 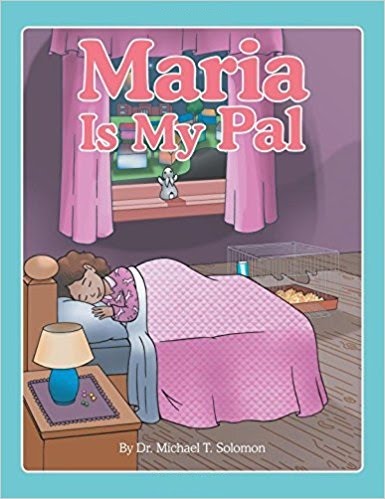 Having a pet isn’t just fun, it’s super important for childhood development. Pets and children go together like the beach and summertime. “Maria Is My Pal” is a whimsical look at children owning their first pet, and the responsibilities that come with ownership, the joys of having a pet, and how they form a commitment to each other while training to live their lives together.

Although a newcomer to this genre, readers would not know it from the way the author’s warm-hearted tale evokes laughter, smiles, joyful emotions, and reflections on his writing. His inspiration comes from watching his daughters grow and mature and become inspirations to many in their own right. His first book captures key moments in their childhood that intersect so many family stories— the first pet. 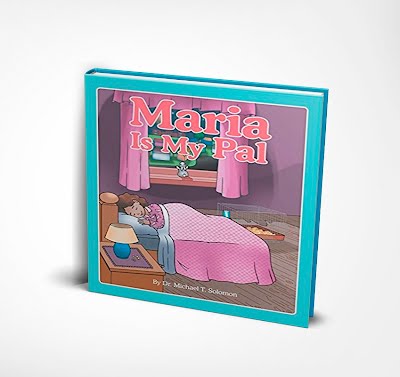 In the petting area, there was a turtle named Slow Boy, two fish called Lisa and Lori, and two parrots named Annie and Fannie. Fannie had yellow markings, and Annie had green on her wings. There was also a hamster named Fred and a cute little rabbit called Maria. She was white with a funny black pattern on her tail that seemed to move from side to side whenever her perky ears heard her name.
Of all the animals, Willow thought Maria was special. Whenever Mrs. Walls’ class visited the pets, Willow spent most of her time petting and holding Maria. Maria was very friendly and popular with all the students in the class. Somehow, Maria seemed happiest when Willow was near.
As the pets were placed back into their areas, James accidently knocked over a chair. It made a loud noise. The noise frightened Maria, and before anyone could move, Maria jumped onto a chair, hopped to the floor, and then ran out of an open door. Willow’s special pal and the children’s favorite pet was gone before anyone could catch her!
Willow, Mrs. Walls, and the other children tried to catch Maria, but she was too fast. Maria hopped and jumped until she was out of sight. Everyone looked and looked, but she could not be found. Maria was gone!
Willow and the other kids were very sad. Mrs. Walls tried her best to help the children understand that Maria would be okay and not to worry. 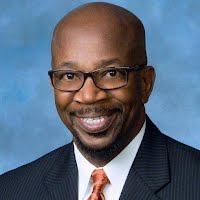 Dr. Michael T. Solomon is an accomplished professional who holds a doctorate in social science and a master’s in education. The author is a devoted husband, a proud father of two young professional career women, and an even prouder grandfather of two beautiful, caring sisters who are smart and gifted and funny!