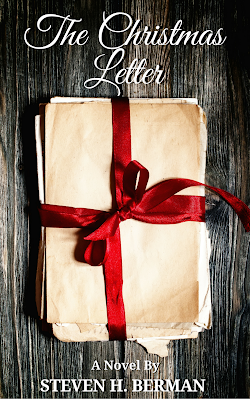 Mary is a naïve twenty-year-old in 1945 when her high school sweetheart, Jack, returns to their small Indiana steel town wounded from World War II and makes her his bride. While Jack struggles to find his place in the world, Mary begins her own journey of self-discovery. As the years and letters unfold, Mary and Jack have five children, including their first-born son, Junior who is not “right," an issue that contributes to the turmoil in their marriage and impacts their lives in unforeseen ways. Mary's Christmas letters track her children from toddling to adulthood, while also commenting on her marriage, her friendships, and the world around her—advances in technology, the dawn of the nuclear age, the Cuban Missile Crisis, The Cold War, Vietnam, Woodstock, and more. Through disappointments, triumphs, dark moments of doubt and suspicion, loss of loved ones, and the lessons learned from hard experience, Mary’s Christmas letters are a constant in an uncertain world.

Endorsements for “The Christmas Letter”

“A great literary gift of the Christmas or any season. It’s a story of a family so real, so moving and so heartwarming, you’ll want to invite Mary and her brood home for dinner.”
Jeff Melvoin, Emmy Award winning Executive Producer, “Designated Survivor,” “Army Wives,” and “Northern Exposure”

“I could barely stand to leave these characters at the end of the book and have thought about them daily since, as though they were real and part of my real life. What a moving story, so beautifully written. ’The Christmas Letter’ is a testament to the strength of the human heart to persevere, against all odds and obstacles, bolstered by faith and stubborn belief.
Barbara Corday, Creator of Emmy Award winning series “Cagney and Lacey,” former President Columbia Pictures Television and Executive Vice-President of CBS Entertainment

“Steve Berman gives readers a poetic, beautiful and powerful understanding of the truth and love that connects hearts in his magnificent new book ‘The Christmas Letter.’ The path these characters take, make it impossible for you to put this book down. ‘The Christmas Letter’ has courage and compassion. The finest convictions, the most challenging situations are met by true faith. You will experience a turbulent ride, with a result that speaks to friendship, family and faith. If you read one new book this year, please meet Mary and read ‘The Christmas Letter.’”
Kathy Ireland, CEO kathy ireland Worldwide 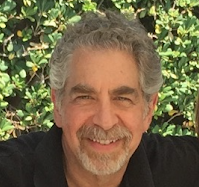 Steven H. Berman is a veteran writer-producer with more than fifteen produced credits, including a dozen Movies of the Week and five mini-series. His mini-series Roughing It brought him a Writers’ Guild of America nomination for best adaptation. His movie Twice Upon a Christmas premiered at the White House. The Christmas Letter is his first novel.

Steven lives in Los Angeles with his wife Marcia, the Director of Advancement at a private school. They have two children; Rachel whose debut novel, Aerendgast: The Secret History of Jane Austin was published last year, and Dan, an entrepreneur.

Posted by Anonymous at 8:57 AM