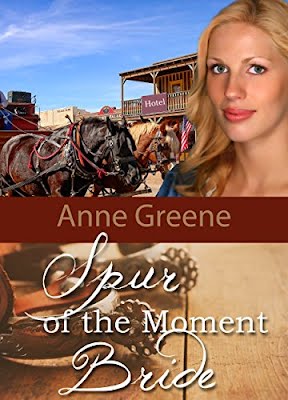 Heiress Abby Hollister’s Papa demands she stop toying with young men’s hearts and marry within a month or be disinherited. After reading an ad for a mail-order bride in untamed Laramie, Wyoming, Abby makes a list of characteristics she expects for her husband and sets off to claim the perfect mate and secure her personal fortune.

Stage coach driver, Zach Tyler likes his exciting job where he outsmarts robbers and Indians and keeps the stage running regardless of weather, break-downs, and ornery passengers. But passenger Abby Hollister proves to be an unusual challenge. He protects her on the journey to Laramie, but in that town women are as scarce as a bird’s nest in a cuckoo clock, and men go crazy when the beauty arrives seeking a husband. And Zach doesn't know Abby's arrived to marry him.

The stage driver halted his four horses with a screech of brakes and huffing of animals, their breath wafting clouds in the cool air.
The driver slammed down from his high perch to stand before her. He tipped his dusty hat. “Ma’am, are you boarding?”
Brown eyes stared at Abby Hollister above a face smothered in black whiskers.
She swished her long skirts to brush off as much of the dust as she could. “Yes, I am,” she managed before she sneezed into her handkerchief.
“Sorry about the dust. I failed to see you standing there.” He tied the two handfuls of reins he held to the hitching post. “We don’t stop here long. I’ll get this luggage loaded.” He turned toward her, long-lashed brown eyes wide. “Are these all yours?”
“Yes. I’m planning to stay in Laramie for a period of time.”
He nodded and yelled to the man riding shotgun. “Uri, catch these will ya?” He tossed her heavy bag laden with books up to the other man kneeling on the top of the coach as if her luggage weighed no more than a sack of flour.
Well, she shouldn’t stand here with her mouth hanging open. She closed her lips. None of her rejected beaus could have loaded her belongings without breaking into a sweat. He was so efficient. Well, of course, this was the man’s job, so he was accustomed to tossing heavy items to the compartment above the coach. She need not be surprised. And yet, she stood, her brain registering his strength and ability. True, he was tall and the distance wasn’t so far for him. And his mackinaw hid his build, but he must be somewhat muscular to heave her trunk up on one shoulder when Moses and Caleb had lugged it to the wagon and jimmied the big trunk aboard as if the leather box weighed as much as a steamship. How beautiful to watch the man in action. But she must not stare. T’wasn’t lady like.
“Are you ready, Miss?”
Why he wasn’t even breathing hard. “Yes, I am.”
He opened the stagecoach door for her.
She gathered up her skirts and tried to set her boot on the first high step.
He held out his hand and all but heaved her up into the coach.
She looked back down at him. “What is your name, Sir?”
He lifted dark eyebrows above dangerous-looking brown eyes. “Zach Tyler, Ma’am.”
Even his resonant voice stirred her blood. Her heart tripped faster. Blue blazes, had she been hoping to hear he was Corky Callahan? She settled herself inside the coach on the leather seat. Well, God had been known to work miracles. But usually He didn’t place the perfect man right in her path. Though after Papa’s mandate, she’d asked Him to. He could have done just that for her, knowing she’d been in somewhat a frenzy lately. Anyway, despite the dense collection of whiskers, Mr. Tyler appeared to be too good-looking.
Her future husband had to be ugly. 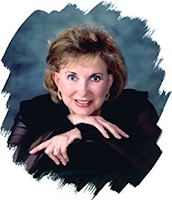 ANNE GREENE's home is in the quaint antiquing town of McKinney, Texas, just a few miles north of Dallas.

Her husband is a retired Colonel, Army Special Forces. Her little brown and white Shih Tzu, Lily Valentine, shares her writing space, curled at her feet. She has four beautiful, talented children who keep her on her toes.

She's traveled to every location of each book she's written, and each book is a book of her heart. Besides her first love, writing, she enjoys travel, art, sports, reading, sailing, snorkeling, movies, and way too many other things to mention. Life is good.