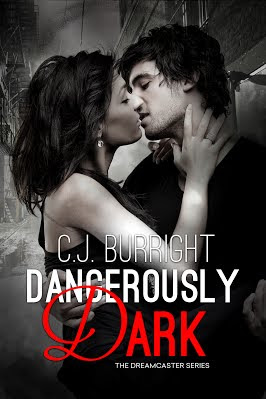 Some call him Purgatory’s Missing Prince. Demon Master. Overlord of Shadows. Only one woman may call him hers.

A master of dreams, a failure at life…

After another botched career attempt, Quinn Carmichael escapes to a remote lodge for a weekend recharge, needing respite…especially from the nightmares that haunt even her days. When a wounded, sexy-as-sin stranger faceplants unconscious on her kitchen floor, there’s something disturbingly familiar about him—as in he’s the boy from her childhood dreams. Mr. Dark, Dangerous, and Diabolical may be the key to unlocking the mysteries of her past and future, and Quinn isn’t about to let the opportunity—or him—escape without a fight.

His time is running out…

Known as Purgatory’s Missing Prince, Zaire’s existence has been one of endless pain, torture, and loss. Resigned to his fate, his final goal is simple—rescue his nephew before succumbing to the deadly darkness inside him. But when a fateful misstep brings him face-to-face with the one woman who could have saved him once upon a dream—the one woman he treasures above all else—he battles to keep his distance before he destroys her, too. But he would gladly sell his soul for just one taste.

Love draws them together, destiny will tear them apart

With ruthless enemies closing in, Quinn and Zaire must fight to save each other and those they care for before it’s too late—even if it means they’re doomed to live apart forever

Quinn tossed the note on the coffee table and wrapped one hand around the warm ceramic mug, absently petting Wolfgang with the other. Dusk took over beyond the wall of windows, made darker by the blizzard. Falling snow hid the skirting tree line. Wind howled at the house corners and turned treetops into jerking puppets. The perfect meltdown location. No phones, no people, no problem.
The lamp flickered and died, leaving her with only the dancing firelight, not that she minded. The power had lasted longer than she expected. Stoked fire, hot cider, and now she had a great excuse to procrastinate reading unhelpful flyers. She sipped her drink and wriggled back on the couch.
Wolfgang launched off her lap, kicking papers everywhere and sloshing her drink.
“Bad cat!”
He scurried into the kitchen, out of sight. A distinct thud followed, which meant Wolfgang was up to no good.
“I should’ve sent you off to the Nameless One.” Quinn shoved the remaining flyers aside and nabbed the flashlight from the end table. “You’d make an amazing hat, and there’d be enough fur left to make a stole, the perfect ensemble to compliment her plastic face.”
She flicked on the flashlight and shuffled into the kitchen, ignoring how the light made all the shadows twist and scuttle on the walls and ceiling. Broken bones might bother her, but the dark never had.
Wolfgang expectantly stood at the back door. He meowed, high and plaintive. Nothing looked out of place. Whatever had made the thud wasn’t in the kitchen. Maybe the wind had blown a loose branch against the house.
“What, you’re a snow leopard now? There’s no fancy feline feast waiting out there for you.”
Wolfgang rubbed his cheek against the doorframe, circled, and meowed again.
Thud. The entire door shook.
Quinn jumped. That was no branch. All the horror movies she loved to watch and ridicule flashed to mind, a lot less funny now. Alone in the woods. Killer storm. No electricity. No connection to the outside world.
Wolfgang’s purr rumbled, and he slid his face over the jamb again. The noise hadn’t spooked him even a little, and animals always sensed evil. Wolfgang had had no problem detecting it in Molly.
She squared her shoulders. No one would be roaming around in a blizzard. An animal had probably knocked the trashcan into the door, and a quick look would ease any worry. At the first glimpse of fur or fang—or red, glowing eyes—she’d go for the door slam.
Pushing Wolfgang back with one foot, she cracked open the door. Wind exploded in, ripping the doorknob from her grip and firing snow and ice into her eyes. The door banged into the wall, and the storm’s full force rushed inside. Quinn scrambled for the knob and stopped, frozen by more than the sudden blast of cold.
A man filled the entryway from threshold to frame, dark as the nightfall behind him. Steam drifted from his bare head. Frost coated his short, sable hair, and even in the flashlight beam, his complexion held an unhealthy blue-gray hue. One hand was anchored to the doorpost in a white-knuckled grip. The other brandished a wicked as sin knife.
She shone the light on his face, and her stomach roller-coastered. Her demon. The one who’d haunted her nightmares years ago and then abruptly bailed, never to return. No matter what face he wore, his death-black, abysmal eyes were unforgettable.
Or were her delusions returning with a vengeance?
“Get out of my way.” His chest heaved, and he lurched forward, the knife pointed at her. His guttural words erased any suspicion that he might be another hallucination. He was too present, too solid to be anything but real.
Merde. He was real. 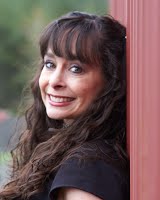 C.J Burright is a native Oregonian and refuses to leave. A member of Romance Writers of America and the Fantasy, Futuristic & Paranormal special interest chapter, while she has worked for years in a law office, she chooses to avoid writing legal thrillers (for now) and instead invades the world of urban fantasy, paranormal romance, or fantasy. C.J. also has her 4th Dan Black Belt in Tae Kwon Do and believes a story isn’t complete without at least one fight scene. Her meager spare time is spent working out, refueling with mochas, gardening, gorging on Assassin’s Creed, and rooting on the Seattle Mariners…always with music. She shares life with her husband, daughter, and a devoted cat herd. 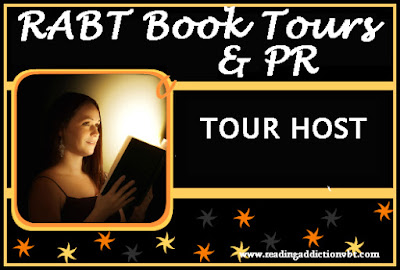