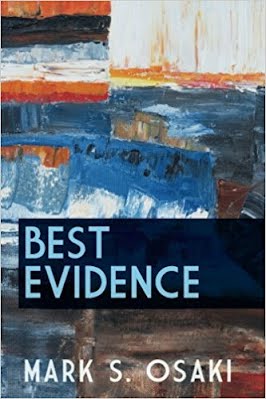 Evocative, deceptively straightforward and wry poetry that delivers a shock to the system.

Poet Mark S. Osaki covers a number of poignant topics in Best Evidence. Each poem in the four sections gives you a glimpse of a formative moment in Osaki’s life or expands your viewpoint on conflicts in the world. Some poems, like the powerful “Chinese Camp, California,” speak of a larger cultural experience and the nuances of navigating identity as an Asian American. Others still, like “Gun Song,” show the psychological and cultural impact of war. In each new work, Osaki captures powerful moments of longing and loss.

“Mark Osaki has shown himself to be one of the best poets of his generation.” - David Rains Wallace, Author, The Klamath Knot: Explorations of Myth and Evolution

“I have found the poetic voices of Asian Americans to be among the strongest and most original in contemporary English literature. Among those writers, none impress me more than does Mark Osaki.” - Joseph Bruchac, The Greenfield Review Press

“Mark Osaki belongs to no school, follows no master, and has stayed on the far margin of the business part of poetry. His spare style is a vehicle for an outsider’s view of our world. His poetic toughness is not for those who regard poetry as comfort. He is paring his experiences closer to a powerful reporting, as only poetry can report.” - Leonard Nathan

Mark S Osaki undertakes to illuminate the difficulty of  establishing one's home in a nation not one's own. These often soulful poems speak to us as members of families, as lovers, as travelers, journeys a reader is rewarded for taking. - Carole L. Glickfeld,  Author, Swimming Toward the Ocean.

“Mark Osaki brings a rich poetic voice to his collection of poems in his recent book "Best Evidence". He captures past and present moments, expressing hope through pain and personal loss. His work is subtle in nuances, yet possesses a keen clarity of vision and ultimately celebrates life itself.” - Elizabeth Hack, Artist and Editor, San Francisco Peace and Hope 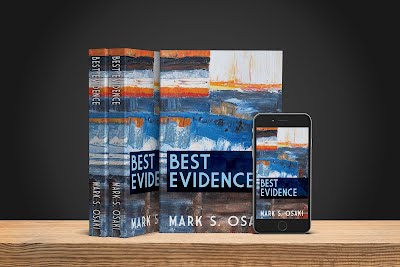 Mark S. Osaki was born in Sacramento, California. He attended the University of California, Berkeley as an Alumni Scholar and went on to do graduate work in International Relations and Security Studies.

Mark has received awards for his poetry from the Academy of American Poets, University of California at Berkeley, San Francisco Arts Commission, Seattle Arts Council and the National Endowment for the Arts.