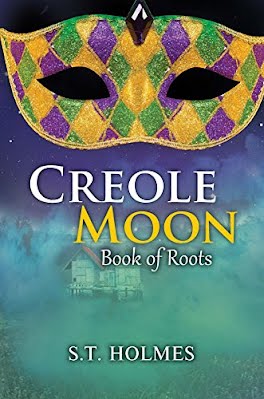 Creole Moon Book of Roots by S T Holmes is a fantasy fiction set in the early 1900s.  Mamuska, the voodoo priest, needs to return to his home in the Louisiana swamp to renew his strength and vigor, but Ayida, serpent goddess and mother of the demi gods, forbids him to take his wife, Ophelia.  They argue until Ayida becomes angry and conjures a storm as a warning to Mamuska, but he doesn’t heed the warning and slips his wife out of their cosmic home and back into the swamp.

It is Mardi Gras in New Orleans and the year of the Luperci festival, a time for forgiveness in the magic world and correcting wrong doings from magic to right. Unite with our hero, George Genois, from Creole Moon The Betrayal, as he finds his way back into the city at just the right time. He is befriended by a witch named Sephora who gives him shelter and protection, and in return is looking for help from the Luxican, George’s alter being in her quest for the source of all magic. He reluctantly agrees to help her as long as it doesn’t interfere with his plans of revenge and setting things right again, but unknown to him, she is in a battle with her goddess sister who wants to find the coveted Book of Roots first.

The treasure hunt ended in the swamp at the hut of the voodoo priest and priestess. Ophelia had control of a portion of the book of roots but she had no idea of its value as a whole.  She only wanted to keep it away from everyone including her husband, Mamuska. As hard as the others tried to resurrect the book, Ophelia was working equally as hard to keep it hidden, but her powers were no match for the Luxican. Finally, the Luxican was able to succeed in breaking through the magical portal and the precious book dropped to earth next to the heads of the Luxican and Sephora.  Before the purification ceremony could take place, the witch’s sister intervened and a fight broke out between them. This is sibling rivalry at its finest as the sisters fight to win control of the book, but only one will prevail.

George is pulled into the middle of a turbulent battle that draws him deeper into the realm of magic with exceptionally powerful wizards and high priests as allies fighting against dark spirits and other forces of good and evil.  The pagan purification ceremony begins but is fraught with a number of interruptions from Drumangos, dark spirits from the tombs to Sephora’s royal family. It is not until the end of the ceremony that the Luxican realizes he is the key to finding the book of roots and saving the world of magic and all of it must be done before Mardi Gras day ends and the last toll of the midnight cathedral bell is sounded.

This Mardi Gras festival is like non ever seen before or will ever see again in the future. 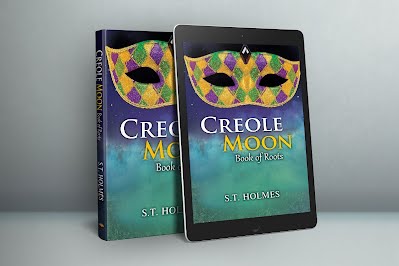 Other Books in the Creole Moon Series:

Sgt. George Francis Genois is an officer in the Confederate army. He returns to his hometown in Louisiana to celebrate the wedding of his twin brother Gerald. Mystical events throw him in the path of Jewella Du Viller, a fiery rebellious young woman standing at the river bank stirring the slaves to fight for their freedom. George whisks the woman away from perceived danger and escorts her to her carriage. He discovers later that she is the sister of a childhood friend. He falls madly in love with her and proposes marriage. Before the wedding can take place, she is arrested for treason. George is forced to abandon his military aspirations in order to save the woman he loves. He seeks the aid of a sorcerer, Mamuska and his wife Ophelia. Under a creole moon, the fates of George and Jewella as well as Mamuska and Ophelia are sealed. 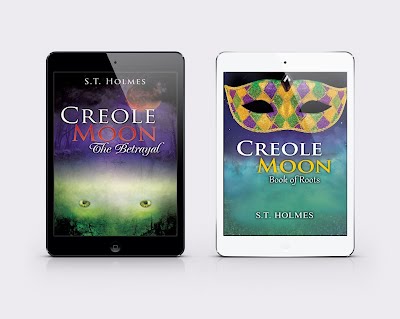 A Small Corner of Mt. Olympus

It was a picture perfect day in the eastern corner of Mount Olympus.   Giant white clouds lazily drifted pass each other flashing peeks of a brilliant blue sky in between each cloud puff. The sun’s rays provided welcomed warmth to the residents from the previous night’s chill.  It was otherwise, a beautiful, serene day in the region of the demi gods, with the exception of a heated conversation that ensued between Ayida, goddess of the demi gods and mother of the great serpent god Dumballah, and Mamuska, the voodoo high priest of the swamp.  Mamuska always went to Ayida for guidance. Usually, she was supportive of his activities, but this time she was angry with him and argumentative. Nothing he could say would improve her disposition.

“You can’t take her back to the ssswamp with you.” Ayida hissed. Her serpent traits were more pronounced when she was upset, and right now, she was not happy with a number of issues in the demi god’s world.  Mamuska’s insistence of taking Ophelia with him was adding to her discontent.

“Ophelia isss uncontrollable, essspecially in the mortal world.  You promissssed me you would control her and you have not fulfilled that promissse,” Ayida replied.

“I-I know,” Mamuska said, “I really have tried to rein her in, but she has ways of making me do what she wants.” He held his head down and shook it from side to side.

“If allowed to accompany you, ssshe will only bring more unwanted attention to usss. We can’t have that.  All of the magical creaturesss are under a watchful eye right now.  Thisss isss too sssignificant of a year for the magic world.  We ssshouldn’t have to deal with her ssshenanigansss, too.  Ssshe mussst ssstay here.” Ayida said softer now but still forceful enough to get her point across, but Mamuska was determined to sway her to his way of thinking.  Without much thought or concern for his own safety, he continued.

“You know I have to go back.  Look at me.  I am weak and I need to be rejuvenated.  Only Dumballah and his wife Aeida Weido can make the exchange when I am in this depleted condition.  Ophelia can help speed up the process if they don’t want to spend too much time down there among the humans.  We won’t have to be there for very long. Once the transfer takes place, we will return here, to our celestial home where you can keep an eye on her.”

Before Ayida spoke again, dark clouds lined overhead, a crack of lightening flashed through the sky and low sounds of thunder rumbled through the air.  Her long, silky white hair flew out and around her head and face with the rhythm of the wind.  The sky-blue eyes that once looked at him in admiration were now turned into dark, black pools of fury.  Mamuska knew he had pushed too hard and had angered her beyond control. He decided to remain silent before she unleashed her full power on him. When she finally spoke, the cloud that was her home began to dissipate.

“YOU are allowed to return to the mortal world, but your wife, Ophelia, must remain here with usss. No further discussion and NO negotiation. I am unyielding on this point.”

The words were said with such force and vileness that even Mamuska began to shake a little. Ayida flew away from him before she did something she would regret later.  She had always liked Mamuska, but he was weak when it came to THAT woman, and it disgusted her.  It would take some time but she would reveal her true self to him and when she did, he would be free of her forever. 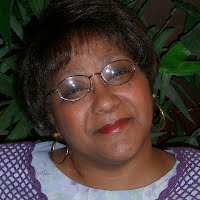 S. T. Holmes was born in New Orleans, Louisiana and began creative writing in high school. She has a master’s in Business Management from St. Edward’s University of Austin, Texas, a bachelor’s degree in Accounting and Biology from universities in North Carolina. She is currently working as a chief financial officer in Texas but finds time to indulge in her passion for writing.  She says that writing provides a creative outlet and stress relief for her. To share your comments or ask questions about her books, you may write to Suzon via e-mail at suetropez@yahoo.com Creole Moon The Betrayal published October 1, 2015 by Xulon Publishing.

Under the name of Suzon Tropez, she has published: Dynamite Resume Your Calling Card to Success – August 17, 2011 - Dorrance Publisher and High Waters  – October 24, 2005 – Publish America.