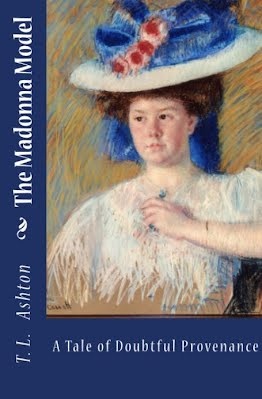 Jillian Warner journeys to the heart of today's art world, to learn how much true love is left in it. She soon discovers that there are as many fake people as forged paintings. Jillian lands a job as an American art specialist at Lyon's, a major New York City auction house. She wins a tough fight against sexism in the workplace, only to be defeated in her personal relationships by the doubtful provenance of the men she loves. She prefers Wyeth to Warhol, but is challenged by men who want to see her only as an abstract expression rather than the real woman she is. Then Tom Linde, a surgeon who worked with her mother at a voluntary medical mission in Afghanistan, returns having lost an arm to a land mine blast. Can they defeat a talented art forger with designs on Jillian? 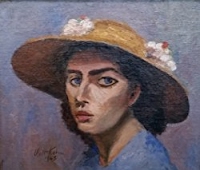 TL Ashton writes books for smart sexy women. They know that smart is sexy because love lives in the brain, where we experience ultimate union. These women have been to college and now face the paramount challenge of the work place. They want their vision and talent to be recognized because the self-respect that comes with success leads to genuine love that wants to realize our fullest potential. They learn that they matter, and because they do, they can overcome male fear of just who they are. Ashton started in New York City and expects to end there, but has lived in Los Angeles, Manilla, Djakarta, Paris, London, and for long stretches in the Turks and Caicos. After attending four other schools, Ashton was granted a degree by Columbia University and spent several years telling people how good Keats and Shelley truly are. But Ashton left Lotus Land because the challenges needed for personal growth were missing, and took a publishing job in New York. That in turn led to an invitation from the CEO of a major Wall Street firm to head up strategic communications. That experience was captured in a superb debut novel, "Ms. Money," which women in finance have enjoyed. Having invested in American art, Ashton left Wall Street to head up an art gallery, leading to the very recent publication of a second novel, "The Madonna Model." Not chick lit or women’s fiction, these are books about female empowerment. Ashton is currently reading the auction catalogue for the estate of Zsa Zsa Gabor, who was married nine times and insisted, “I want to choose the man. I do not permit men to choose me.”