Tour Kick Off: One for the Price of Two by Howard D. Weiner @AuthorHDWeiner #giveaway #thriller #crime 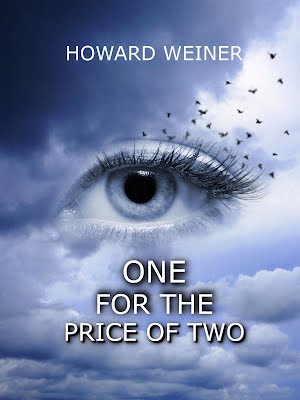 He's a special forces operator, a trained assassin. He marries into an organized crime family. Not an ordinary crime family, but one with a tradition and specialty in murder for hire.

Fraternal twins are raised by an ambivalent aunt who provides an unusual childhood experience. One twin leaves home to join the armed forces and is ultimately assigned to a special forces unit conducting clandestine operations in North Korea. The death of one his unit members produces an introduction to an organized crime family specializing in murder for hire. The funeral for the family's son and an interest in their daughter brings new blood and methods to the family business. 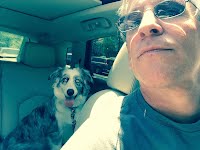 Howard Weiner is a recent addition to the literary genre of fiction. Writing mysteries, thrillers, crimes—with a touch of romance—an approach described by one reader as “one bubble off.”

Many authors sharing the genre have characters whose fortune is determined by others. They literally have dodged the bullet that otherwise would have killed them. Weiner’s characters make their own fortune—good or bad—and they live with the results.

Weiner’s own experiences are blessed with no small number of noteworthy characters and events. He brings these slightly off-kilter individuals to life, complete with their own stories and dramas. Like the child prodigy in his first novel, "It Is Las Vegas After All", who comes to the starting edge of adulthood and then loses the approval of his doting parents, the sponsorship of one of America’s great institutions of higher education, and gains the enmity of his girlfriend’s father—an international arms dealer—to become a home-grown terrorist operating on U.S. soil.

A survivor of rich, nuanced bureaucracies in the public and private sector, Weiner writes about characters whose career choices and decisions are morally questionable. A student of personal behavior in complex circumstances, Weiner brings these often cringe-worthy characters to life. Some are amoral, others immoral in a narrow slice of their lives, yet they otherwise look and act like people we all know from work or even childhood. Like one of the female leads in his novel, "Serendipity Opportunity", an out-of-the-box thinker who flunks most of life’s basic relationship tests, yet she is someone you never want pursuing you in the cause of justice. There’s a former foreign security official who uses his protected status as a witness for federal prosecutors to provide cover for his own mayhem and murder in Weiner’s third novel, "Bad Money".

Many of Weiner’s stories are born out of real life events: The mix-up in luggage claim at the airport in, "Bad Money", the chronic high school slacker in "Serendipity Opportunity" whose one stroke of good fortune creates his opportunity to perpetrate a complex series of frauds, or the brilliant student in "It Is Las Vegas After All" who uses his prodigious talents toward an evil end.

As a former federal official, Weiner can neither confirm nor deny having the highest security clearances in classified security programs. Yet, his knowledge of the dark web, criminal organizations, and security organizations takes stories from the popular press to the next level.

Posted by Anonymous at 7:47 AM