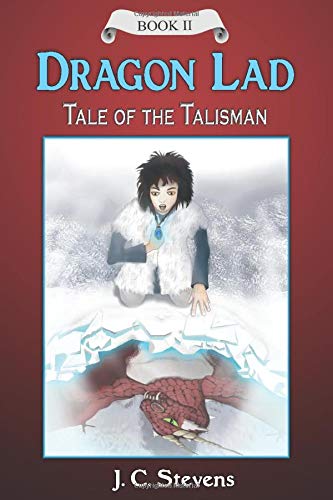 Magic and adventure abound in this second book in the Dragon Lad trilogy.

"Tale of the Talisman" follows our young, dragon-hatched hero as he seeks his parents, his past and his destiny in Roman-ruled Britannia. A boy without a history -- at least one that he can remember -- Dirk turns to his shape-shifting friends for help. They launch him on a quest involving the one clue he has to his previous existence: a magic talisman.

The wizard Beldor gives Dirk a ring that allows him to re-enter the realm he thought he'd left behind. Armed with this ring and a magic map, he travels a trail leading to a raging dragon, a slippery mermaid, two grasping sorcerers and a legion of Roman soldiers. He also rediscovers a long-lost friend and powers he never imagined.

Fast-paced and funny, "Dragon Lad: Tale of the Talisman" is a modern classic that can be read alone or as a companion to the first novel in the trilogy, "Dragon Lad: The Thirteenth Egg." 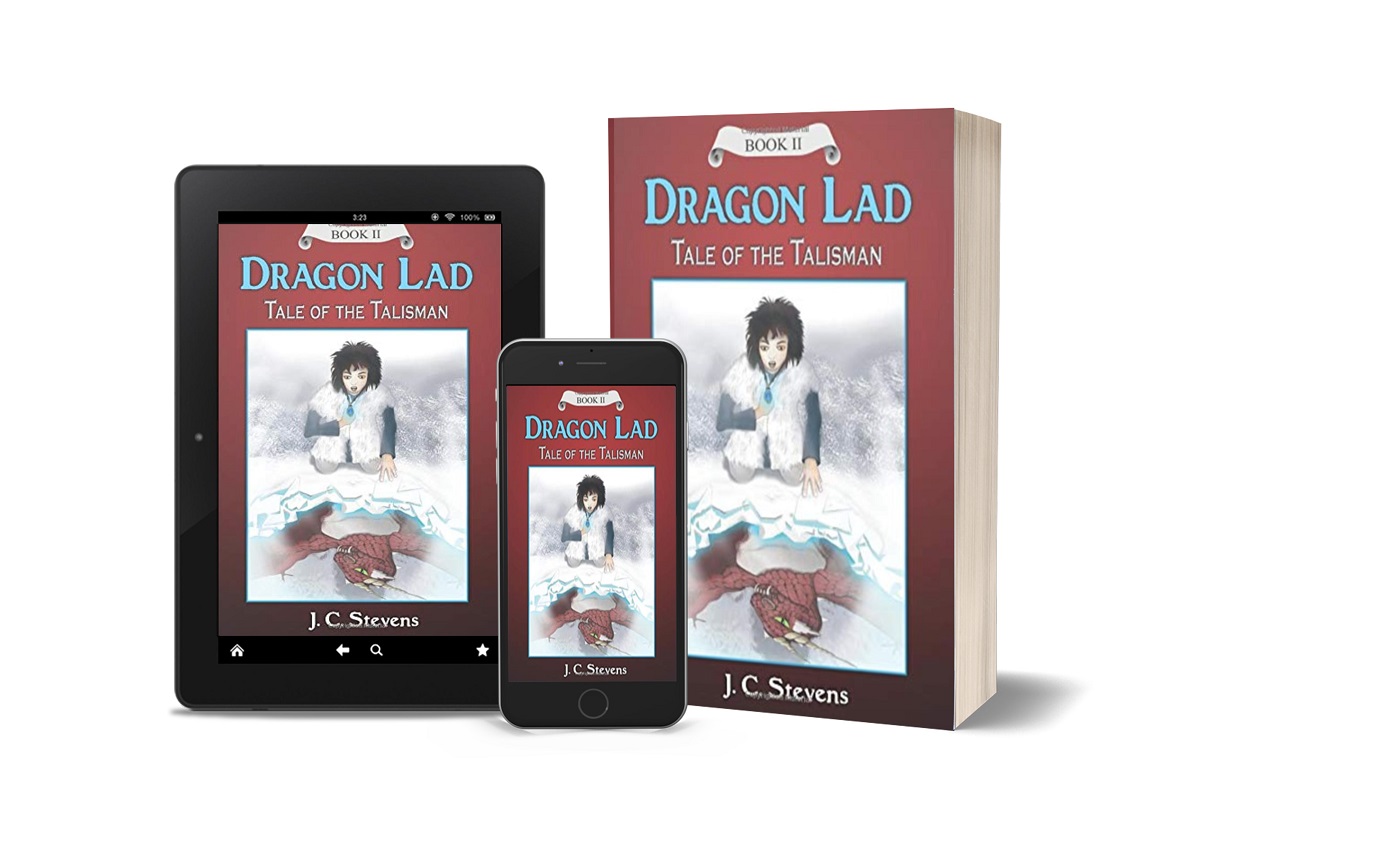 Dirk set his satchel on the seacliff, and breathed in the chill salt air.

There are times I wish I were still a dragon. Not forever, but I sure could have used a set of dragon wings for this journey. And dragon-fire to keep me warm....

For the past four days, he‘d slogged over frost, snow and ice at a pace worthy of a Roman legionary. He‘d stopped only to eat, sleep, and rub the numbness out of his frozen, blistered toes.

Determined to reach his destination, he‘d raced across the strange, ancient landscape of Britannia. He‘d wandered through eerie, fog-bound woods, farmsteads and bogs; past centuries-old tin and coppermines and even older moss-covered fingers of rock pointing to the sky. He‘d torn his clothes on bramble thorns, dirtied his shoes crossing sheep and cow tracks and come close to tumbling down the sheer, rugged slopes lining the coast. He‘d gone as far west as he could go without leaping off the bluffs.

A stranger in an unfamiliar yet bewilderingly familiar realm, he hadn‘t lingered to ask about his surroundings. The only history that interested him was his own. The mystery of his origin had compelled him to travel alone during a season better spent huddling by a fire. He hungered for action, hungered for certainty in his uncertain existence, and the journey fed the hunger.

Tall and slim, with raven hair and eyes of a gold hue rare in humans, Dirk possessed the outward appearance of a boy of twelve human years. But he could only remember the past seven months of his existence. For all he knew, his life had begun the previous spring, when he‘d hatched as a dragon.

But just as birds and reptiles molt, casting off their old feathers and scales, the dragon Dorg shed his skin to become Dirk, the boy hatched as a dragon... but perhaps also born human.

And now he dwelled in a world as vague and grey as the approaching dusk: a world in which he was not quite human, not quite dragon, and might revert at any moment. Living in two worlds and welcome in neither, he yearned desperately to learn where he truly belonged.

J. C. Stevens began writing fiction, nonfiction and poetry at age five. The author's first and favorite stories were about ghosts, witches and other spooky creatures. As an adult, Stevens served as a newspaper reporter, editor and teacher.

"Dragon Lad: The Thirteenth Egg," the first book in the Dragon Lad trilogy, debuted in 2015. The second book in the trilogy, "Dragon Lad: Tale of the Talisman," appeared in 2017. The third and final book, "Dragon Lad: Wand of the Black Sphere," was published in 2019. Stevens lives in Southern California.